Many details about the iPhone 6 have already been revealed — though none of them are confirmed — but there are even more things left to be discovered. For instance, new reports from MacRumors and 9to5Mac offer more details about the iPhone 6’s charging capabilities, suggesting the upcoming smartphone may support faster battery-charging technology.

FROM EARLIER: New iPhone 6 component leak may reveal a key feature no one’s been talking about

Apparently, Apple has ordered samples for such a cable, but it looks like the company won’t go forward with it yet. The cable won’t even be available in stores this year, and users shouldn’t expect one in their future iPhone 6 boxes. However, Moca.co says it’ll be manufacturing and selling its own reversible USB cable for Apple products.

Furthermore, Moca.co reveals a more interesting feature for the new power adapter, support for a maximum output of 2A, double the capacity of existing adapters, which would reduce iPhone charging time by 30%, according to the retailer. 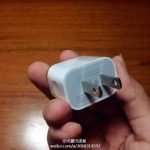