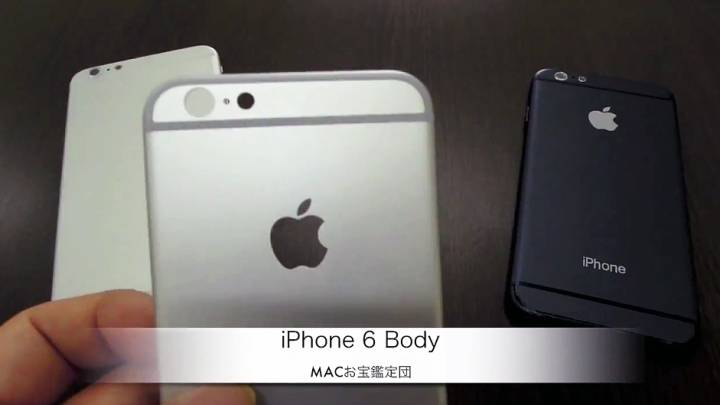 With Apple’s next-generation iPhone 6 handsets reportedly almost ready to enter mass production, we can expect leaks to kick into high gear. After all, with more than a hundred thousand people involved in the manufacturing process, it has become impossible to prevent component leaks. Case in point: For the first time ever, a component that is believed to be an authentic rear shell from Apple’s upcoming 4.7-inch iPhone 6 has appeared in a leaked video.

We have seen what was claimed to be the iPhone’s aluminum rear housing appear in a few leaked photos, starting with one that was published back in late March. Now, however, it looks like Japanese Apple blog Mac Otakara has managed to obtain the first ever video of what appears to be an authentic iPhone 6 shell.

The video shows the aluminum iPhone 6 housing next to one of the many leaked iPhone 6 mockups we have seen in recent months, and the dummy units certainly appear to be a good likeness of the real thing. This was expected, of course, since they are based on leaked schematics of Apple’s actual next-generation hardware.

Apple is expected to launch both new iPhone models this year, beginning with the 4.7-inch iPhone 6 on September 19th, according to multiple reports. The larger iPhone phablet will supposedly then launch at a later date, though Bloomberg recently reported that the releases may be simultaneous.

In the meantime, the video showing what appears to be an authentic iPhone 6 housing follows below.