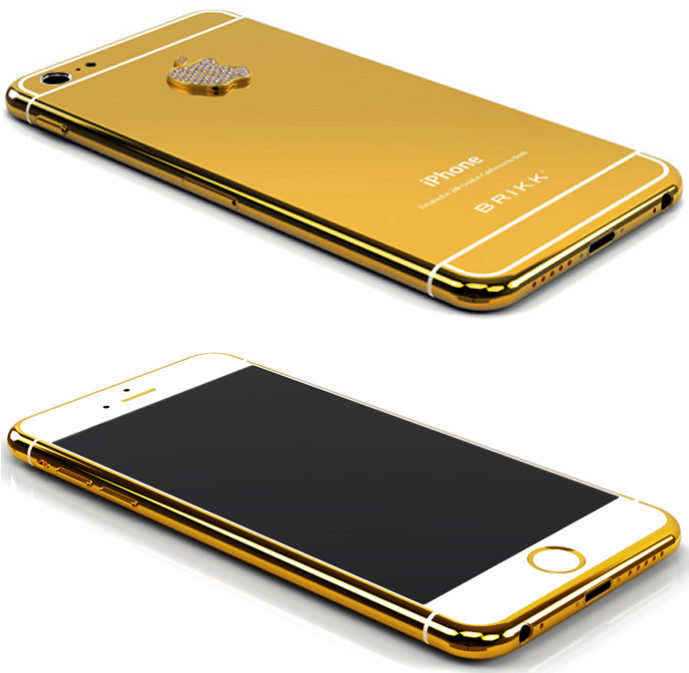 The iPhone 6 isn’t even officially out yet, and more than 30 sellers are already ready to offer preorders for the handset before it’s officially announced by Apple. Luxury retailer Brikk has decided to throw its hat into the iPhone 6 preorder ring as well, and allow potential buyers to request their custom, and extremely expensive, 24-karat gold iPhone 6, CNET reports.

FROM EARLIER: Apple wants to make it even easier for you to buy an iPhone 6 in its retail stores

The device will come either in black or white and will be finished in either 24-karat yellow or pink gold, or in pure platinum. Furthermore, the Apple logo on the back can be adorned with 1.08 carats worth of diamonds.

Brikk already lists its Lux iPhone 6 custom models on its website, saying that buyers will have to pay $500 when preordering the device, with the remaining balance to be charged once Apple launches the handset. The custom iPhone 6 will ship in four weeks after its commercial release, and, interestingly, will come with 128GB of memory even though Apple has not acknowledged yet whether it’s 2014 iPhone models will be available in 128GB versions.

Additionally, Brikk’s Lux iPhone 6 will be GSM unlocked for worldwide use and will be packaged in a “custom metal first aid box” that will contain all the iPhone materials and accessories you expect.