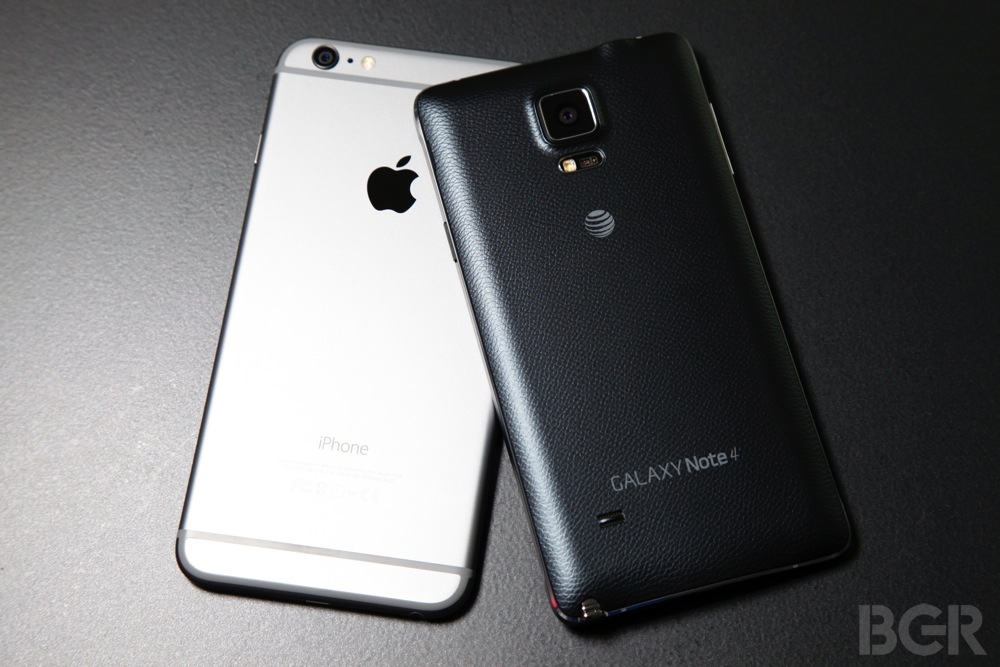 Two months ago, millions of Apple fans the world over picked up an iPhone 6 Plus without a second thought. If you’re already invested in the iOS ecosystem, you’re unlikely to stray outside of it when shopping for a phablet. The same can be said for loyal Galaxy Note users, but one man has taken it upon himself to become a regular user of the 6 Plus despite his predilection for the Note series.

FROM EARLIER: This is what it’s like to switch from the Galaxy Note 3 to the iPhone 6 Plus

Up until now, CNET’s Tim Stevens has been comparing the iPhone 6 Plus to the Galaxy Note 3, his “daily driver” smartphone. Now that the Note 4 is starting to roll out, he’s added it into the mix as well to see how all three phones stack up against one another.

Stevens begins with a face-off of Notes — Note 3 vs. Note 4:

“With every iteration of the Note (and I’ve been through three now) I tend to think the same thing: ‘Wow, this is so much better than the last generation.’ I thought that about the Note 2, the Note 3 and that is indeed what came to mind when I first held the Note 4,” wrote Stevens.

He then moves on to the battle that is currently being waged in the smartphone market at the moment — Note 4 vs. iPhone 6 Plus. This is a much more complex issue, but with all the unending praise coming from iPhone users, it’s nice to see a measured perspective from a Note fan.

So would a self-respecting Galaxy Note fan really switch to the Apple phablet? Head over to CNET to read the full piece and find out.