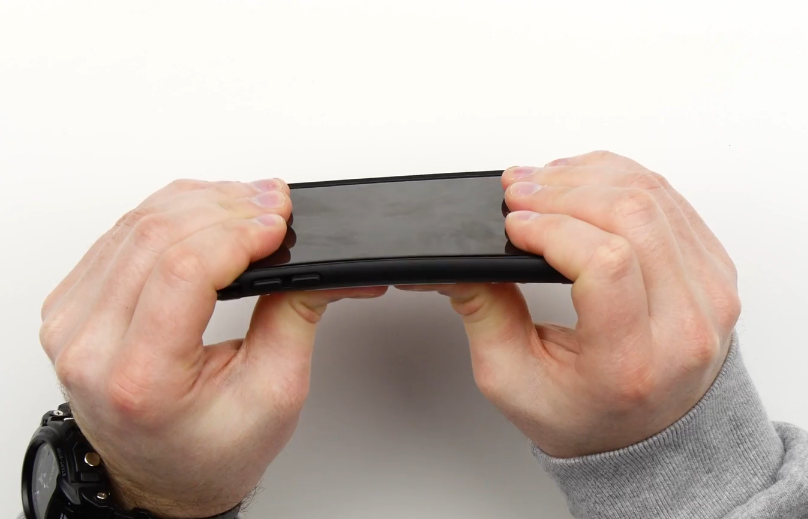 When it was revealed last fall that the iPhone 6 Plus is seemingly easier to bend than other smartphones, it gave case manufacturers the opportunity to design cases that they could market as ways to make sure your Apple smartphone won’t get bent during regular use. But can any of these cases stand up to the ultimate test?

Lewis Hilsenteger of Unbox Therapy, whose original “Bendgate” video went viral last year, recently received an iPhone 6 Plus case that is being marketed as “bend-proof.” Being who he is, he decided to put this case to the test and found that while it does indeed improve the iPhone 6 Plus’s ability to withstand pressure, it shouldn’t be touted as “bend-proof” by any stretch of the imagination.

The case in question is from a company called Incipio and it comes in a package that claims its main function is to help you “defend against the bend.” In his video, Hilsenteger explains that the case is lined with steel bars on each side that help reinforce your iPhone at its most crucial pressure points.

Overall, Hilsenteger found that the case made the iPhone 6 Plus much harder to bend, although it did actually bend when subjected to enough force. He then removed the phone from the case and tried to bend just the case itself, which proceeded to break after he put a significant amount of pressure on it. This makes us fearful of ever shaking Hilsenteger’s hands should we ever meet him in person.

At any rate, you can check out his whole video below.