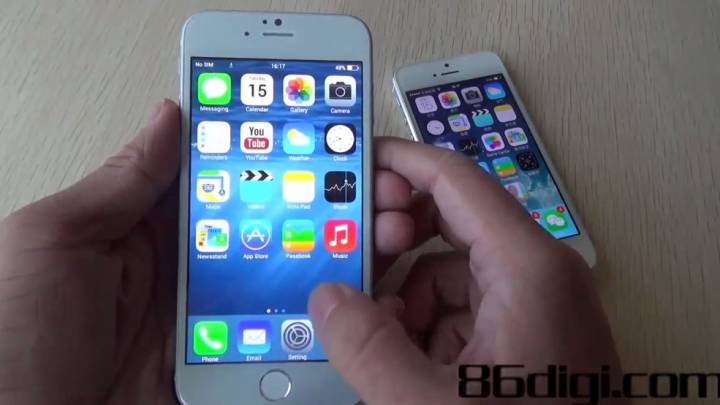 It will still be about two months until the world gets its first official glimpse at Apple’s new iPhone 6, but you can already buy a working iPhone 6 clone that mimics the next-generation iPhone’s look and software. Dubbed Wico i6, the plastic iPhone 6 copy is a fully functioning smartphone and it has been captured in a hands-on video for the first time.

Chinese gadget blog 86 Digital on Tuesday published a video of the iPhone 6 clone in action. The device has seemingly been created using the same leaked specs that were used to create countless iPhone 6 mockup devices, but this time we can get an idea of what it will be like to actually use an iPhone with a larger 4.7-inch display.

It is unclear what software the Wico i6 is running, but it has been skinned to look like iOS. In fact, parts of the phone’s software are exact copies of Apple’s mobile software.

The real iPhone 6 is expected to feature a huge design overhaul, a 4.7-inch screen and a new faster Apple A8 processor when it launches in the coming months. According to two independent reports, the new iPhone will be released on September 19th.

In the meantime, the hands-on video of the Chinese iPhone 6 clone is embedded below.