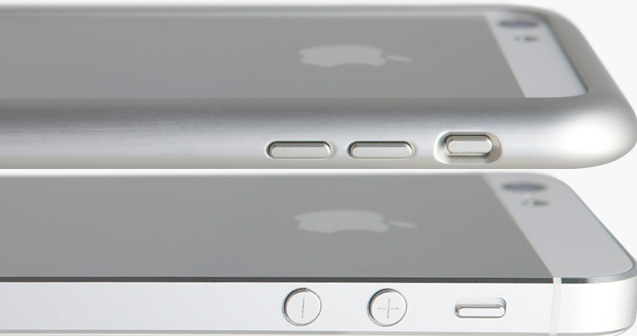 A new report from Macotakara, a source with a good track record reporting on unreleased Apple products, reveals that the iPhone 6 will be curvier than its predecessors when it comes to the phone’s housing and display.

Instead of the rather square lines as seen on current iPhone models, the iPhone 6 will reportedly have curved edges and thus a more rounded display, similar to the Galaxy S3 smartphone released two years ago by Samsung.

According to the publication, the design also somewhat resembles an existing metallic bumper design for existing iPhone 5s and iPhone 5 model, made by Japanese company Squair (image above).

An earlier report from Bloomberg last year also stated that Apple’s new iPhones would feature curved glass at the edges of the devices.

Additionally, Apple is also supposedly planning to remove the antenna-friendly glass elements found on the back of the iPhone 5s, although it’s not clear what materials the company will use to allow radio waves to pass through. The power button is also said to be placed on top of the SIM tray on the right side of the iPhone, rather than on top, to improve one-handed operation on the bigger iPhone 6.

The publication does not say how big the screen of the iPhone will be. Recent reports claimed the new iPhone will be available in at least two flavors, including 4.7-inch and 5.5-inch versions. KGI Securities analyst Ming-Chi Kuo said the smaller iPhone 6 will arrive late in the third quarter of the year, with the phablet model tipped to launch in late Q4 2014.