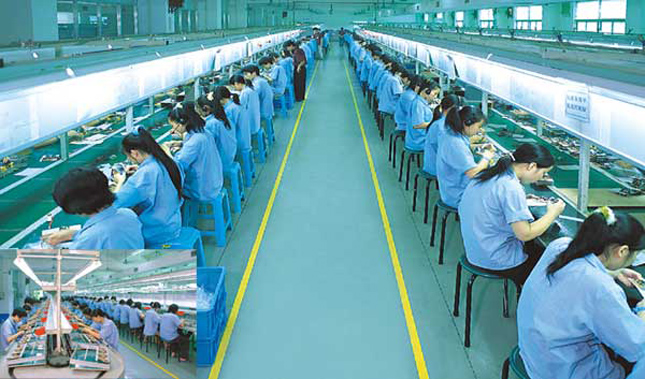 There’s no doubt about it, the iPhone 6 launch is the biggest handset launch of the year. Apple had sold well over 4 million iPhone 6 units during preorder availability, but that didn’t stop thousands of buyers from lining up in front of Apple retail stores in the various markets, days ahead of the actual launch. But as many reports have shown, not all of them are doing it to buy an actual iPhone 6 or iPhone 6 Plus for themselves.

Some are simply selling their places in line, others do it for charity, and others do it because smugglers from China have hired them to do so. New reports from Reuters and PCWorld reveal that the Chinese iPhone imports business might still be a booming success this year, especially since Chinese regulators have yet to let Apple start official iPhone 6 and iPhone 6 Plus sales in the region.

According to unofficial iPhone retailers in China who have talked to PCWorld, the price of the iPhone 6 might go up to $4,000 per unit as long as supply in the country remains tight.

Ironically, smugglers charge up to 10 times more for an iPhone 6 than what Apple pays China-based companies to make it when selling handsets in the country where Apple is actually mass-producing the highly coveted devices. Recent reports revealed Apple may be paying about $350 for each iPhone 6 unit that’s made in China, and that the company has booked all available air cargo to ship iPhone 6 units out of China to make sure it has enough units to go around during the U.S. launch.

“Chinese people will buy anything,” one electronics retailer said, expecting initial iPhone 6 prices to start at $3,251. “If it’s just a few hundred units, then the price will be high. But if it’s several thousand units then the prices will fall,” the same person said.

Meanwhile, Reuters reports that Chinese smugglers have already set up operations in Hong Kong and Japan, looking to buy as many iPhone units as possible and then resell them in China. For example, a Hong Kong-based 28-year old financial planner paid his friends to buy iPhones in Japan, looking to score as many as 35 units, though he only managed to acquire 25 units.

Others buyers in Singapore have lined up to buy iPhone 6 units for a third-party who is paying up to $120 “per job.” “We are all buying two – one maybe for ourselves, the other to sell,” one 18-year old said.