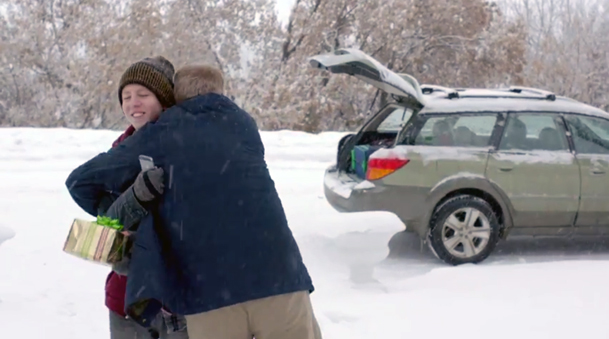 Apple is hitting consumers where it hurts ahead of Christmas this year: right in the heartstrings. The company on Monday evening began running a brand new commercial for the iPhone 5s that follows a young boy around as he joins his extended family for a Christmas get together. While everyone else is having fun each day, the boy seems to be detached, with his face constantly buried in his iPhone 5s. Even while he plays with his cousins and builds a snowman, his face is still buried in his phone. But on Christmas morning when it comes time to open presents, we find out his heartwarming true intentions — the boy was busy filming everything the entire time and with his entire family gathered around the TV, he airs his tear-jerker of a homemade movie.

This ad really does seem to hit all the right notes. It’s smart and clever, touching, topical with Christmas right around the corner, and it touts several of the iPhone 5s’s key features such as its fantastic camera, slow-motion video capture, its video-editing capabilities and Apple’s wireless streaming technology, AirPlay. Apple swings and misses from time to time, but it also hits plenty of home runs. It comes a bit late in the seasons, but this commercial certainly seems like it falls into the latter category.

A number of pundits have called this Apple’s best iPhone 5s commercial to date and possibly its best iPhone commercial, period — do you agree? The full 90-second “Misunderstood” spot is embedded below.