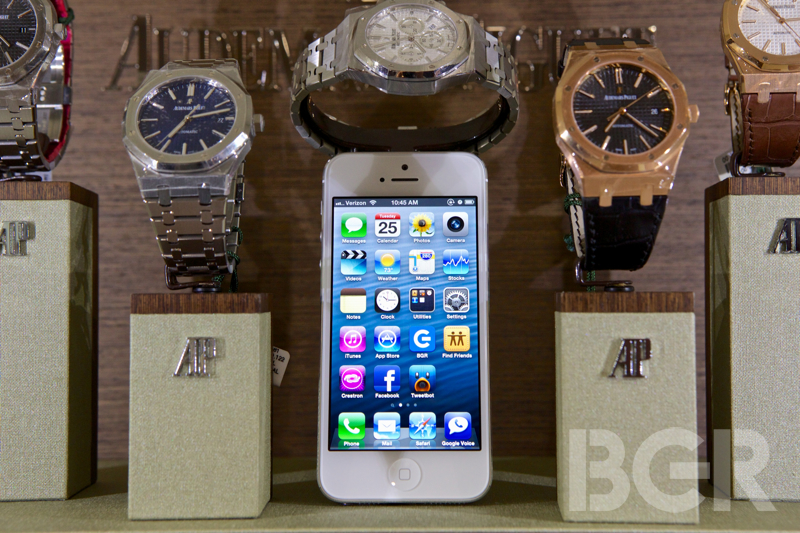 A year ago, Apple (AAPL) managed to avoid iPhone price erosion by selling a massive number of 64GB versions of its new model at $850. Now investors are scared that the demand for premium iPhones has weakened sharply. Back in January 2012, Apple shocked Wall Street by announcing an increase in iPhone average sales price (ASP) for the December quarter of 2011. Investors had been anxious about the Christmas season, because the iPhone 3G had become available free with a two-year plan. The retail price of the iPhone 3G was just $345; this seemed like a direct threat to Apple’s blended iPhone ASP.

Despite the fears, Apple managed to avoid the ASP slump and actually delivered an impressive, $16 ASP jump by introducing a 64GB version of its new 4S. Rolling out the $850 premium iPhone neutralized the damage done by the $345 cheapo iPhone. It’s a neat trick, but it required Apple to convince more than 20% of the iPhone 4S buyers to spend big on the most expensive iPhone variant. The surprisingly strong demand for the premium iPhone essentially made Apple’s Christmas quarter a year ago.

Right now, Wall Street is having another panic attack about Apple’s ASP levels, and this time the worry about iPhone pricing is far more acute than it was in January 2012. Several research houses have claimed that iPhone 5 sales are a lot smaller portion of total iPhone sales than iPhone 4S was a year ago. In early December, Consumer Intelligence Research Partners revealed a break-down that was extremely downbeat. According to CIRP, only 9% of iPhone 5 sales came from the 64GB bracket in October 2012. This would be down sharply from the 23% share that the 64GB version of iPhone 4S had of the 4S sales in October 2011.

Interestingly, CIRP viewed the iPhone 5 as taking a 68% slice of overall iPhone sales during October 2012. This is far below the 90% share the iPhone 4S claimed of total Apple phone volume a year before. So according to CIRP, the market share of the latest iPhone has dropped sharply, while the share of the 64GB model within the iPhone 5 model portfolio has collapsed.

Ever since CIRP announced its report more than a month ago, this narrative has taken root. Other research reports began claiming that iPhone 5 share of total iPhone sales could be as low as 50%. As investor confidence has cratered, ASP expectations have probably dived far below the published sell side consensus. With Apple’s share price dropping below $490 on Monday, markets may now be prepared for a $15 or sharper iPhone ASP decline when Apple finally reports.

This has created a fascinating sentiment backdrop for Apple’s results on January 23rd. Arguably, if the iPhone 5 manages get close to 70% of the total iPhone volume — and if the 64GB version of the iPhone hits even 10% of the total iPhone 5 volume — Apple will deliver a positive surprise. This looks to be one of those reporting events when market expectations have suddenly dropped below published consensus numbers just one week ahead of earnings. The handset market sometimes creates fascinating emotional extremes.

Ahead of Nokia’s second-quarter report in 2012, analysts competed on creating disaster scenarios and publishing nightmare volume estimates. After Nokia reported a billion dollar loss combined with a modest feature phone volume surprise, the share price exploded into a furious 40% short squeeze rally during late July and August. The volatility next week could be something to behold.[bgr-post-bug]