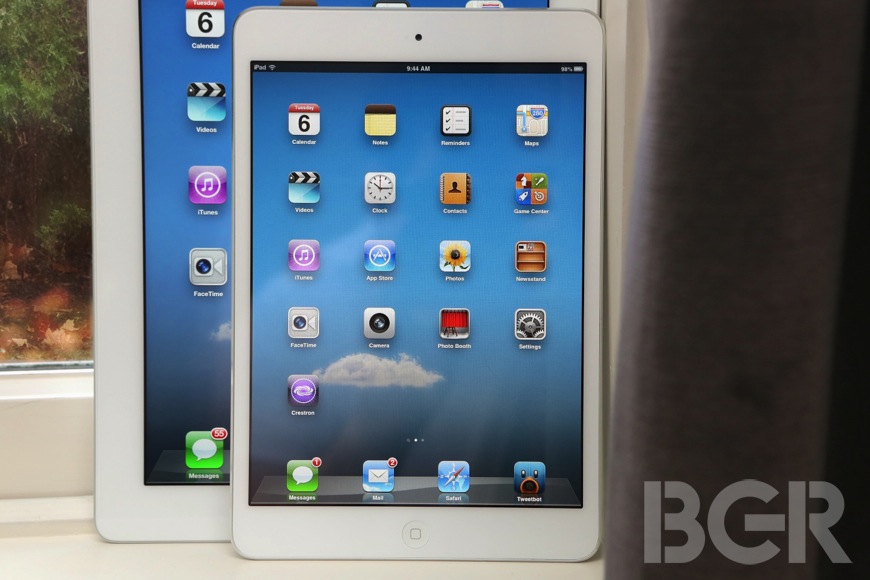 It’s looking more and more like Apple will not launch a new iPad mini with a Retina display this year. Several earlier rumors point to manufacturing difficulties as the culprit for the delay, but a new report from Digitimes suggests there may be another factor at play. Apple posted its June-quarter results on Tuesday and while it managed to beat Wall Street’s timid estimates, profit fell substantially on-year as Apple’s margins continued to plummet. With that in mind, Digitimes’ unnamed industry sources say Apple is having an “internal debate on whether to use Retina display technology in its next-generation iPad mini because it is afraid the device may take away sales from the iPad” more than it already has, thus further crunching Apple’s sinking margins. Earlier reports suggested Apple may first launch a new iPad mini model with minor tweaks and then debut a Retina iPad mini sometime next year.