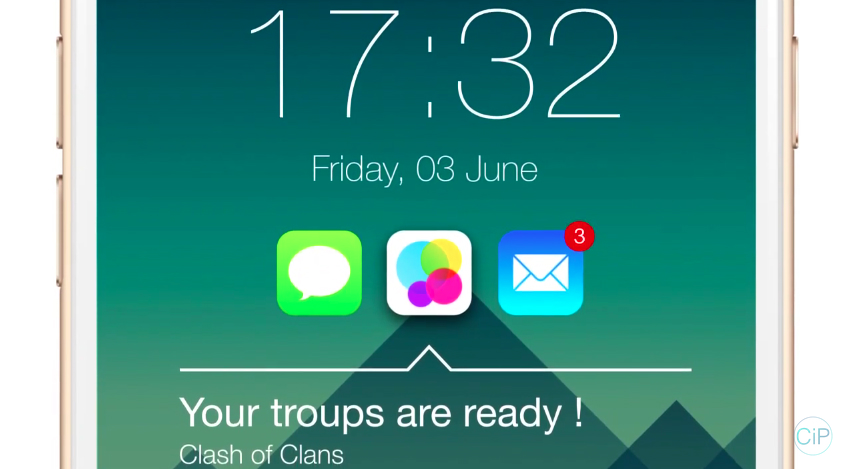 Apple will undoubtedly show off the future of iOS at WWDC in June, but until iOS 9 is unveiled in all its glory, creative designers will likely imagine all sorts of potential features for the upcoming operating system. Such is the case with a new video published on the ConceptsiPhone YouTube channel, which shows off a proposed new user interface for one of the most important features of a smartphone.

Designer Rahm Simon has dreamt up a new Quick Access menu for the iPhone’s lock screen. The new design would give users instant access to notifications from some of the apps they use most frequently on the device including calls, messages, email and reminders. In addition to viewing items from these apps directly on the lock screen, the user would be able to interact with them, by either launching their corresponding iOS apps or dismissing them.

This iOS 9 concept suggests that notifications from up to three apps would appear at the same time near the top of the screen under the clock, with standalone menus for missed calls and reminders also available at the bottom of the screen above the slide to unlock area.

The full video demoing this iOS 9 concept follows below. Keep in mind this is just a concept, and it’s in no way related to Apple’s actual iOS 9 plans.