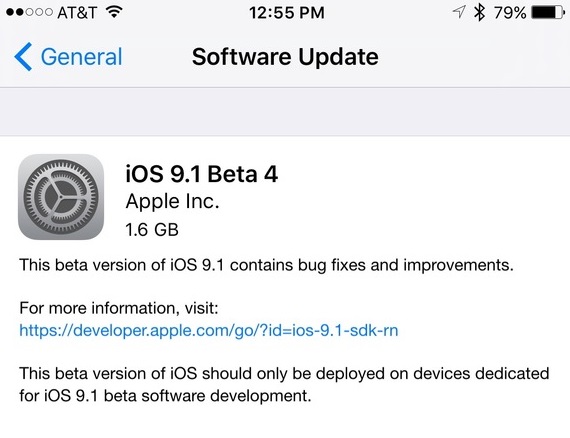 Apple on Tuesday released its fourth beta of iOS 9.1. As is usually the case, Apple is only saying that the new beta contains “bug fixes and improvements,” although 9to5Mac informs us that it specifically “is designed to fix bugs that appeared in the public build of 9.1 and introduce a few new features, like a larger emoji set and an option to disable contact photos in the Messages app.” The latest beta is available for both developers and for public beta testers.