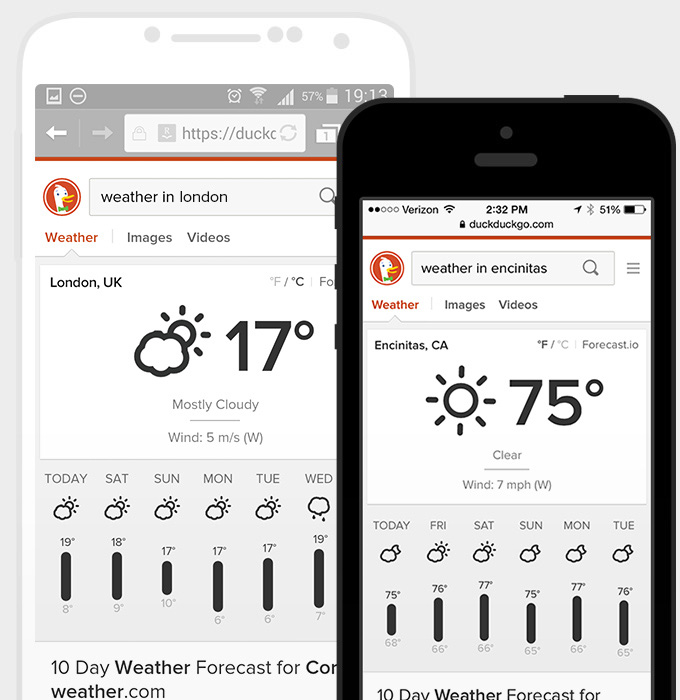 Apple is calling iOS 8 the biggest update to its mobile operating system since the addition of the App Store. That’s a bold claim, but as the adoption rate slowly climbs in anticipation of the iPhone 6 launch, users are finding plenty of new features to back it up. Widgets, extensions and Continuity have received a majority of the attention from early adopters, but Fast Company has brought our attention to another hidden add-on that could help address important privacy concerns.

DON’T MISS: iOS 8 vs iOS 7: This is how your favorite mobile platform changed overnight

In the iOS 8 update, Apple has given mobile Safari users the ability to change their default search engine to DuckDuckGo, the Google competitor that’s fighting back against data collection and unwanted breaches of privacy. DuckDuckGo doesn’t track your IP address, doesn’t save your search history and will never share your information with an outside source. Now you can switch to DuckDuckGo and never have to worry about remaining anonymous through search again.

In order to change your default search engine to DuckDuckGo on an iOS 8 device, head into your settings and follow these menus: Safari > Search Engine > DuckDuckGo.

“Our primary goal remains unchanged: To deliver a search engine with smarter answers and real privacy to as many people as possible,” says Weinberg. “Being part of Safari is a huge step in achieving this goal.”