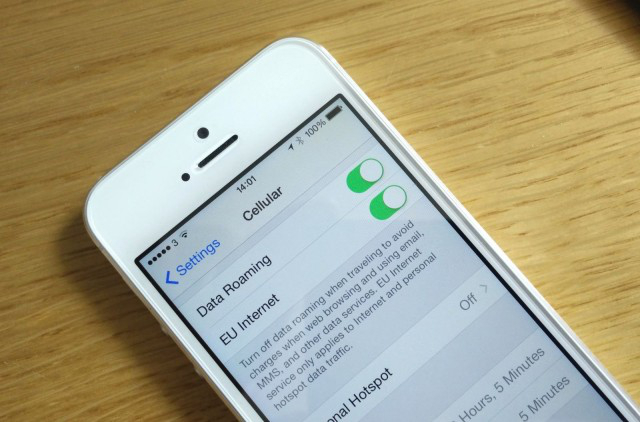 Among the new features added to iOS 8 beta 4, Apple’s latest iOS 8 pre-release version that was released to developers on Monday, there’s nifty a new setting ready to handle roaming in the European Union, Cult of Mac reports.

FROM EARLIER: iOS 8 beta 4 is now available for download

By going to Cellular settings, users can easily discover a new “EU Internet” toggle that lets them turn it on and off, depending on where they plan to travel. The option is found right under the “Data Roaming” setting (pictured above), and is supposed to address the new roaming rules for the region.

The European Union has decided to ban roaming charges for calls, texts and data starting with December 2015, but Apple is apparently already getting ready for the changes, as some local operators may be working on removing their roaming fees earlier than that.

Cult of Mac says that the current implementation of the EU Internet setting is a bit confusing, as EU Internet can’t be activated without first turning on data roaming, “which kind of defeats the purpose.”