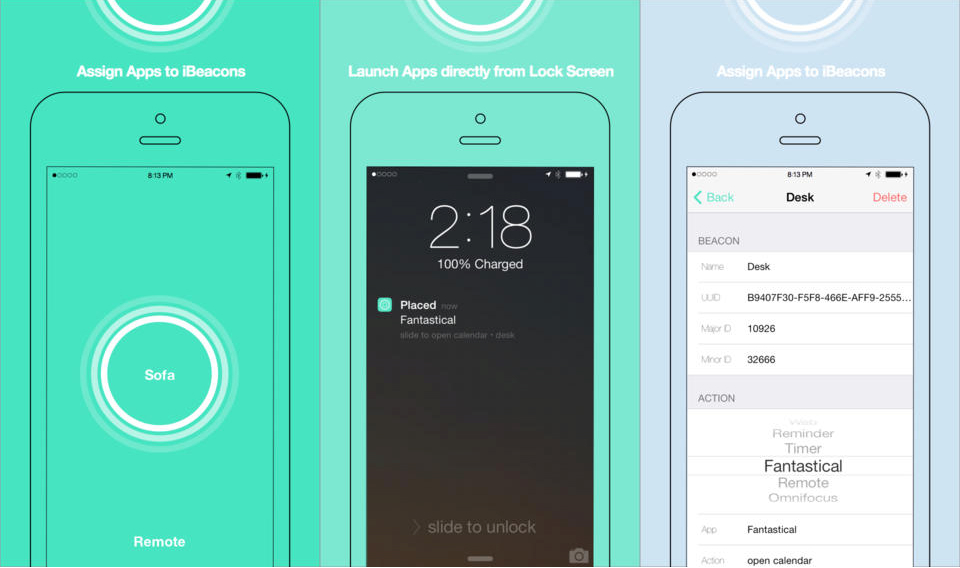 Placed is a new $2.99 iOS 7 application that aims to help users automate some of their various activities while at home with help of Bluetooth LE-based iBeacons. By placing iBeacons inside the house, an iPhone could automatically pick up a signal when in their proximity and automatically launch an appropriate application the user may want to access. Placed could trigger a remote app when the user is near an , a timer app when a user is in the kitchen or a weather app when he or she is next to a closet, for example.

Other apps or web pages can be paired with different iBeacons smartly placed around the hose. However, there’s one major “issue” with the Placed app: the company that made it doesn’t offer any iBeacons of its own, and without them the app won’t actually work.

So far, Apple and other companies have used iBeacon technology for commercial purposes, and there are no dedicated iBeacons gadgets for home use just yet. iPhone users interested in Placed should also get ready to hack their own iBeacons, and Placed developer Aww Apps offers some useful suggestions to get you started. A startup called Estimote sells iBeacons in Developer Kits – for $99, developers get three iBeacons in different colors.

As long as the iBeacon availability “issue” is fixed, Placed may indeed be an interesting tool around the house.

The following video shows the app in action.