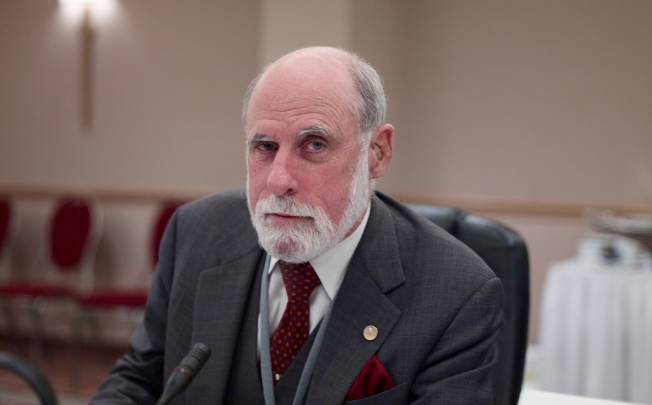 While having a right to privacy sounds nice, the Internet’s co-creator thinks that it’s also unrealistic to expect your behavior to stay private if you engage in social networking and post through social media. Adweek’s Katy Bachman reports that during a panel at a Federal Trade Commission workshop on privacy in the age of wearable computers, tech industry legend Vint Cerf said that new technology means that “it will be increasingly difficult for us to achieve privacy” and that “privacy may be an anomaly.”

Essentially Cerf thinks that technology has advanced to the point where many people simply don’t understand what they’re opening themselves up to when they post information about themselves on the web and that this will only accelerate once more people start using wearable computers that track them throughout their day.

“Our social behavior is quite damaging to privacy,” said Cerf, who now serves as Google’s chief Internet evangelist. “Technology has outraced our social intellect.”

Cerf also told the FTC that he would have no idea how to write privacy protections for consumers right now because technology is evolving so quickly that we don’t yet understand what the dangers and risks to privacy really are.