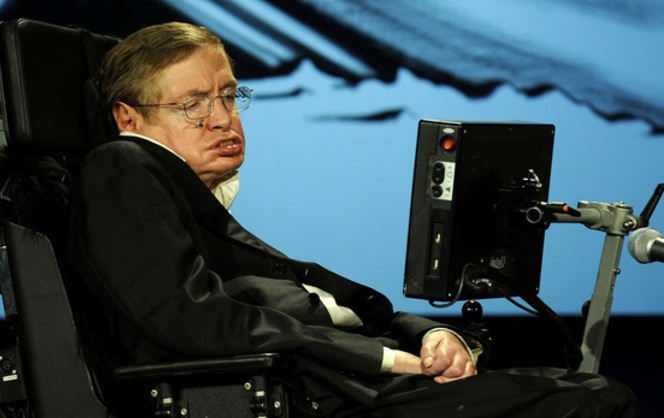 Stephen Hawking’s ability to communicate quickly using the EZ Keys program on his Intel computer interface has always been impressive but now his communication powers have gotten twice as fast with the help of SwiftKey, one of the world’s best third-party smartphone keyboards.

Hawking, the single most famous and influential physicist in the world today, has to communicate through a computer interface because he has been coping with an ALS-related condition for decades now and does not have sufficient control of his muscles to produce speech with his mouth.

SwiftKey revealed on its official blog on Tuesday that it teamed up with Intel to help build Hawking a new interface that will effectively double the speed at which he can type out words.

“SwiftKey’s technology has been integrated into his current system so that it can accurately predict whole words, rather than just characters,” the company writes. “SwiftKey built a personal ‘language model’ for Professor Hawking based on his extensive works – including documents not published in the public domain. The software learns from him to ensure it predicts contextually relevant words. It is also able to analyze the content of the specific book or lecture that he might be working on, further tailoring its predictions and autocorrections.”

SwiftKey’s whole post on working with Hawking is utterly fascinating and can be found at the source link below.