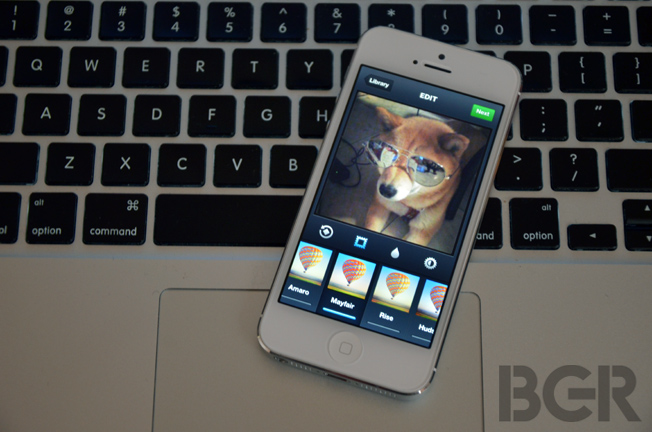 Instagram messed up big time this week when it freaked everyone out with changes to its privacy policy related to licensing user photos for advertisements. After days of backlash, Instagram reverted back to its old terms of service. While the damage has already been done, Instagram is hoping a new update to its iOS and Android app will silence everyone. Instagram 3.4.0 adds a new filter called “Mayfair” that adds another hint of lavender to images and brightens up the center, support for 25 languages, photo sharing from any album, Facebook (FB) iOS 6 integration and various bug fixes. Version 3.4.0 comes hot off last week’s update that added the new “Willow” filter and numerous UI tweaks. Is a new filter enough to keep users from flocking to the new Flickr or Twitter apps; both with built-in filters? Instagram certainly hopes so.