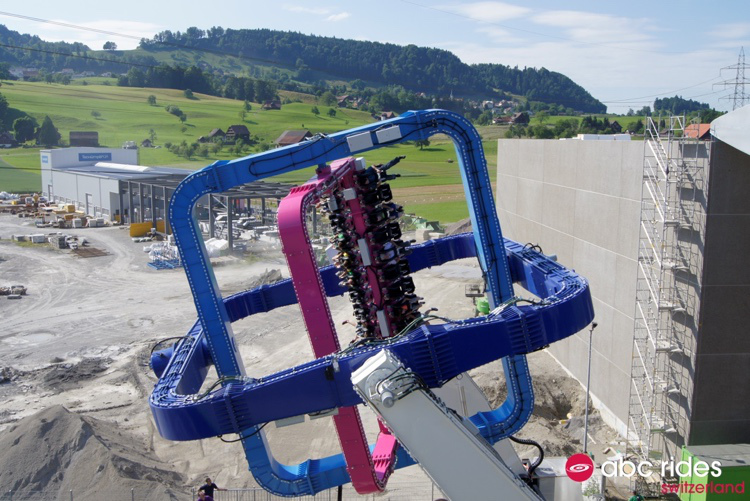 Let’s say you’re a fan of amusement parks, but the rides just aren’t creative enough for you. You enjoy the adrenaline of being thrown through the air, you just wish that the ride itself looked more like a project at a science fair. The Swiss ride engineers at abc rides have heard your pleas, and the Tourbillon is their answer.

The Tourbillon — a French word which translates to “whirlwind” — has reportedly been in development for nearly three years, but according to amusement attraction news site Airtimers, abc rides is finally ready to show their creation to the world.

There’s a chance that you’ll emerge from the terrifying contraption one step closer to becoming an astronaut. Of course, there’s a much greater chance you’ll come out with your heart lodged somewhere in your throat. Watch the video below to see the Tourbillon in action: