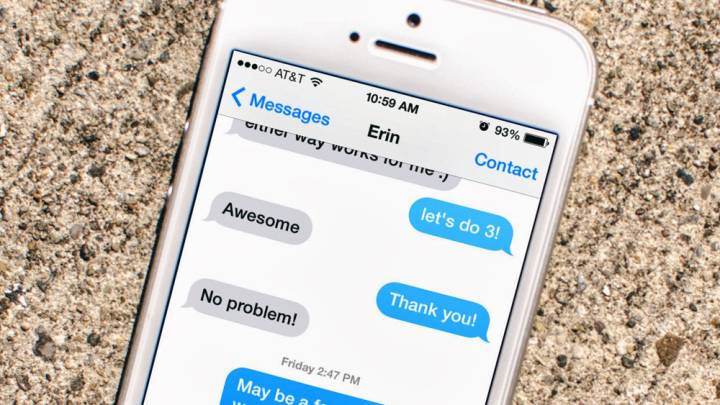 True story: a little over a year ago, a friend of mine asked me to help him pick out an Android phone because he was tired of his iPhone. For a few hours spread out over the course of a week, we chatted off and on about what he didn’t like about the iPhone and what he was looking for in a new phone. We finally landed on the HTC One, and he went out and bought one the day his contract was up. But then just three days later, he switched back to his iPhone.

“I can’t live life as a green bubble,” he told me.

There is indeed something addictive about those little blue bubbles. But truth be told, iMessage is hardly a full-featured messaging platform. Its feature set is barebones at best, and now there’s a new feature in the BBM for iOS beta app that iMessage users will be jealous of.

It would take a week to count all of the mistakes BlackBerry has made in the recent past. We spent years warning BlackBerry fans and investors, and we sat back while BlackBerry fanboys screamed and shouted. Then, the inevitable happened.

One mistake in particular — launching BBM on other platforms several years too late — really stung BlackBerry when Facebook acquired WhatsApp for more than $20 billion last year. BlackBerry’s market cap right now, mind you, is under $5.4 billion.

But BBM was eventually released for iOS and Android. While it will never be counted among the more popular messaging services since it was so painfully late to the table, there are some nifty features that would make great additions to other services. And now, one in particular has caught our eye.

As noted in a blog post on CrackBerry, a new update to the beta version of BBM for iOS includes an awesome new feature: the ability to retract a message. Did you notice an embarrassing autocorrect fail right as you hit send? Well, with this new feature your recipient will never see it.

Here’s BlackBerry’s description of the feature:

Edit Messages with the Timed Message and Message Retract Subscription! – Users can now retract, edit, and send a new message to replace a message that is accidentally sent. The original message is retracted immediately, and pasted into the input field for quick editing and sending!

It’s awesome indeed, and hopefully it inspires other services like Apple’s iMessage to add similar functionality. The feature is currently only available to BBM for iOS beta users, and it is not clear when it might be added to the public version of the app.