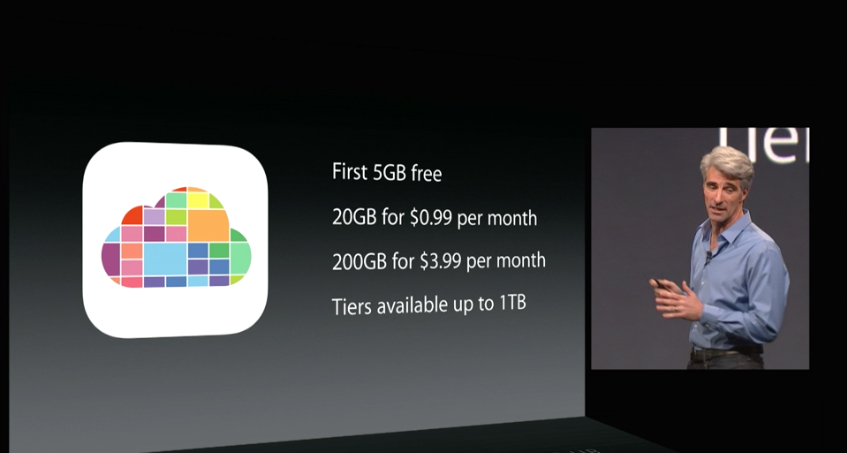 Apple’s iCloud is a major feature of both iOS 8 and OS X 10.10 Yosemite, with the iPhone maker having announced significant improvements for its cloud solution at WWDC 2014, including more affordable prices. However, that doesn’t mean Apple’s cloud is the cheapest one available. In the very competitive cloud business, other major players including Amazon, Google, Microsoft, Dropbox and Box have their own affordable offers. CNET has put together a price comparison between these various offers.

Dropbox has a measly 2GB of storage for free users.

When it comes to paid clouds, not all these providers have the same pricing tiers.

For 20GB of storage, Amazon has the best offer at $10 per year, with Apple following close at under $12 per year.

Users looking for 50GB of storage can check out Microsoft or Amazon, both charging $25 per year for that amount of storage.

The 100GB tier is available from multiple providers, with Google’s being the best offer at around $24 per year. Microsoft and Amazon both charge $50 per year, Box has it priced at $60 per year, while Dropbox wants $99 per year. There are plenty of other offers available at this particular tier, both for Android and iPhone users.

Apple’s 1TB price is yet to be determined, but Microsoft may have an interesting proposal, at $2.50 per user per month for the same amount. Google sells of 1TB for $120 a year, while Amazon charges $500 per year for 1TB of cloud data. Both Box and Dropbox have unlimited plans that may be better suited for some families, groups or companies, both priced at $15 per user, per month. However, Box needs at least three users, while Dropbox requires 5 users for this plan.

One other factor to be considered when purchasing cloud storage is the kind of devices it will be mostly used on, with some of these cloud offers being compatible only with certain platforms. For example, Apple’s iCloud Drive will be limited to Windows, Mac and iOS devices, while Windows Phone is currently supported only by Box and Microsoft’s One Drive.

Also worth noting is that Apple’s iCloud Drive prices aren’t available just yet.

A full rundown of prices is available at CNET, following the source link below.