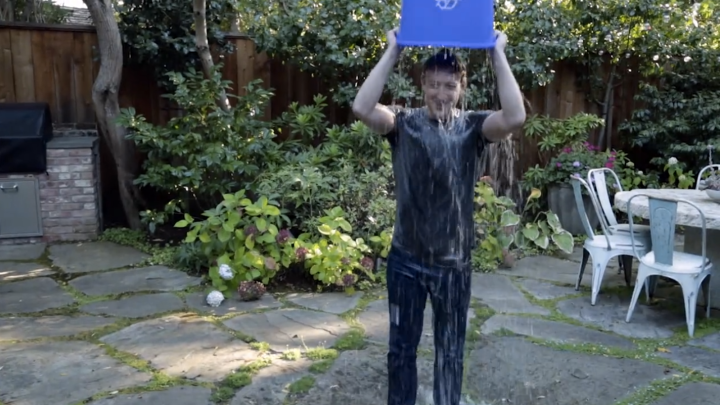 If you’ve ever wanted to see some of the most powerful individuals in the tech industry douse themselves in freezing cold water, now is your chance. In order to raise money and awareness for ALS, people all over the country are taking the Ice Bucket Challenge, a movement which originated in Massachusetts when former Boston College baseball player Pete Frates, diagnosed with the disease in 2012, dumped cold water on his head and dared others to do the same. They had 24 hours to respond — if they failed to complete the challenge within that time, they would have to donate to the ALS Association.

Nadella recruited the team that won Microsoft’s recent Hackathon to do the deed for him while Zuckerberg and Schiller both soaked themselves, documenting the results on video and in a tweet, respectively. Be sure to head to the link in the source to watch Zuckerberg’s video.

According to ALS Association spokeswoman Carrie Munk, over $1.35 million has been donated from July 29th to August 11th. Over the same stretch of time in 2013, the organization raised $22,000. The Ice Bucket Challenge has clearly been a huge success — here’s hoping Tim Cook and Bill Gates eventually join in on the fun.