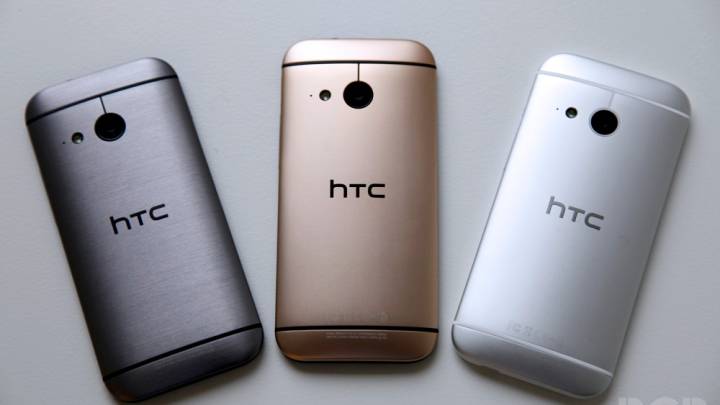 The comeback trail is long, winding and almost entirely uphill. It is not impossible to trek — just ask Apple, which battled back from the brink of bankruptcy to become the most valuable technology company on the planet. It certainly isn’t an easy hike though, and it takes determination, smart marketing and great products. The HTC One (M8) is certainly a solid start, but it will take much more than one Android phone to put HTC back on the right path… even if it is the best Android phone in the world.

So on Thursday, HTC announced its second new hero phone of 2014: The HTC One mini 2.

We know what you’re thinking, and you’re right. HTC is very bad at naming things. “HTC One (M8)” is hardly a smart and memorable moniker, and other HTC names like “BoomSound” and “Zoe” are equally tough pills to swallow. “One mini 2” might be the worst example yet.

Luckily, HTC is much better at making phones than it is at naming them.

HTC’s One mini 2 is a natural complement to the company’s flagship One (M8). Where the M8 is a large high-end smartphone with cutting edge specs and a large full HD display, the One mini 2 is a less expensive mid-range phone with mid-range specs to match.

The HTC One mini 2’s design and build, however, are anything but middle of the road.

The Taiwan-based vendor has once again shown that its design chops are a cut above most rivals. Despite being firmly planted in the mid-range category, the One mini 2 looks and feels like a high-end smartphone. The case is aluminum just like the premium M8, and the design identity is largely the same.

Of note, any Sense features from the M8 that are hardware dependent (motion launch, step tracking, Dot View, etc) are not present on the One mini 2.

HTC is not yet revealing pricing for the phone. While price is of course one of the most important factors here, this is a global device and pricing will vary from market to market. As such, HTC’s various carrier partners will announce pricing as launches approach.

Which brings us to the bad news: For the time being, HTC is not announcing any plans to launch the One mini 2 in the United States.

In other markets around Europe, the Middle East and Asia, HTC’s new One mini 2 will begin making its way to store shelves next month and it will be available in HTC’s three signature finishes: Gunmetal Gray, Glacial Silver and Amber Gold.