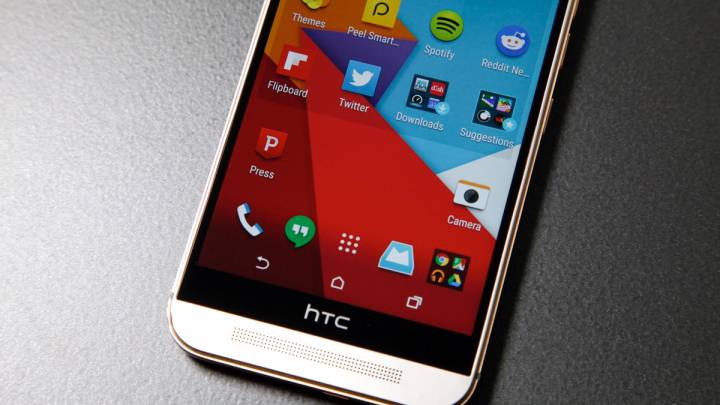 File this one under “huh?!” — it looks like HTC will unveil a new version of its flagship HTC One M9 smartphone… before the HTC One M9 even launches.

Things are getting more and more confusing at HTC these days. As we stated in our One M9 review, HTC’s new flagship smartphone is a fantastic handset, but it’s far too similar to last year’s model for its own good. Now, however, it looks like HTC is about to unveil a new, new version of its flagship phone that features the updated design we’ve been looking for.

Now, for the bad news: It appears as though it might be a regional play that won’t immediately be available for sale in the United States.

HTC has issued press conference invitations to local media in the East. The event will be held on April 8th in Beijing, China, and the invitation has an unobscured image of the much-rumored “HTC One M9 Plus” on it.

Here’s a look at the invite:

That’s right… it looks like HTC is going to announce a new, even better flagship smartphone two days before the HTC One M9 launches. Leaked specs suggest the phone will feature a 5.2-inch quad HD display, a fingerprint scanner and an updated version of the One M8’s Duo Camera.

Coinciding with the issuing of HTC’s press conference invitations, a handful of photos of the actual device were leaked Wednesday morning on Weibo. Here they are, so you can see the great new phone you seemingly won’t be able to buy when the One M9 hits store shelves on April 10th.