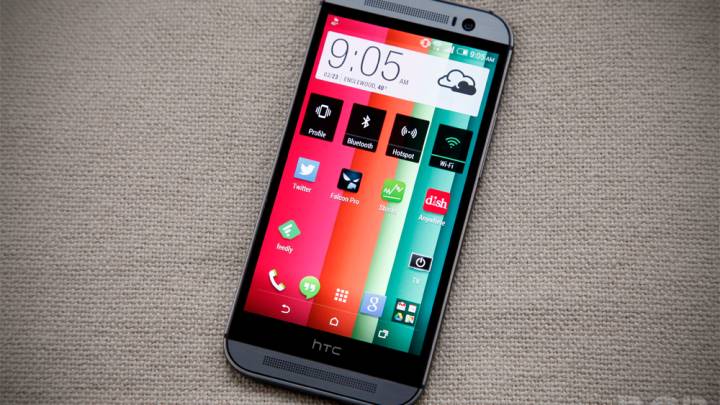 We’re just over one month away from being formally introduced to two of the most hotly anticipated smartphones of the year. One is Samsung’s next-generation flagship phone, the Galaxy S6, which BGR exclusively blew the lid off of on Wednesday. We detailed all of the new Galaxy S phone’s key specs, including its 5.1-inch quad HD display and its new 64-bit octa-core processor.

The second eagerly anticipated smartphone is HTC’s 2015 flagship device, the HTC One M9 — and we may have just gotten our best look at it yet.

With the phone’s expected unveiling at the annual Mobile World Congress trade show in Barcelona coming up fast, details surrounding the HTC One M9 have begun to trickle out. We have also now seen supposed photos of the phone leak twice.

On Tuesday this week, the world got its first glimpse at what is believed to be an HTC One M9 prototype, and then the device popped up again in a comparison shot that showed the One M9 next to a One M8.

Now, we may have gotten our best look yet at the upcoming new HTC One M9.

A China-based online accessory retailer on Alibaba has posted several HTC One M9 cases for sale, and it looks like they show official renders of the One M9 that HTC delivered to its partners. The images were spotted and reposted by French blog Nowhereelse.

Here are the two most revealing shots:

The HTC One M9 is expected to debut on March 1st, with a retail launch in initial markets seemingly set to take place later in the month.