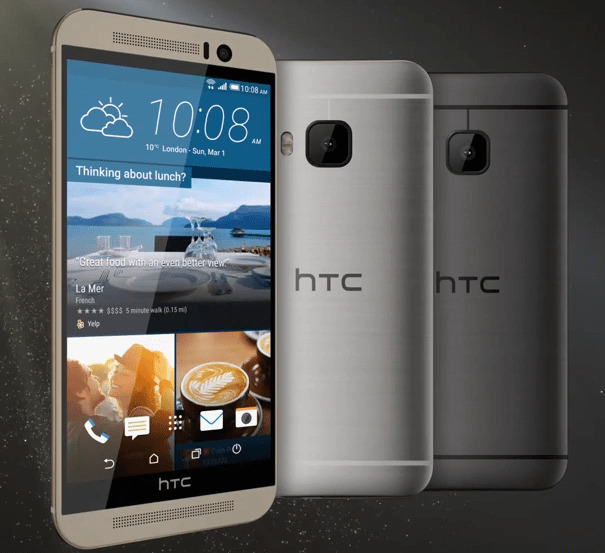 We’ve already seen the HTC One M9 leaked in a bunch of places but now @upleaks has published a major leak of HTC’s complete promotional videos that literally tell us every important feature about the new device. HTC was very quick to get these videos taken down when they first popped up on YouTube, so for your benefit we’ve taken several screencaps that will show you every important aspect of the new device.

Here, for example, is a picture of the device’s rear shell that lines up with other leaked pictures we’ve seen of it.

Now here’s the front of the device. In this part of the video, HTC is touting its design with a “two-tone metal finish.”

Next up, we can see HTC has made some smart additions to Sense, its main Android overlay that will now display apps on your home screen by how often you use them during different times of the day.

Next up, we see that HTC is making some changes to its love-it-or-hate-it BlinkFeed system where it will offer up “meal time suggestions” as well as updates from your assorted social media feeds.

Next up is the camera. You’ll be unsurprised to know that HTC is putting more emphasis on delivering a better front-facing “selfie” camera that is now getting the “ultrapixel” treatment.

As for the rear-facing camera, it’s been bumped up to 20 megapixels, which will hopefully address one of the biggest criticisms about the One M8 last year.

As had been previously reported, the phone’s BoomSound system will get a boost as well thanks to the addition of Dolby Audio Surround.

And finally, the One M9 will feature something called HTC Connect that will let you use a new “three-finger swipe” technique for streaming music and video. This is definitely a feature we’ll have to see demonstrated first hand because otherwise it’s hard to get a sense of what it entails.

And that’s the HTC One M9! We’re sorry to ruin HTC’s big Mobile World Congress surprise but let’s face it, HTC probably should have done a better job of securing its highly detailed promotional videos days before the launch.

If you want to watch the full video these screencaps came from, you can check it out below, although we have no idea how long it will be up before HTC’s legal team gets to it…