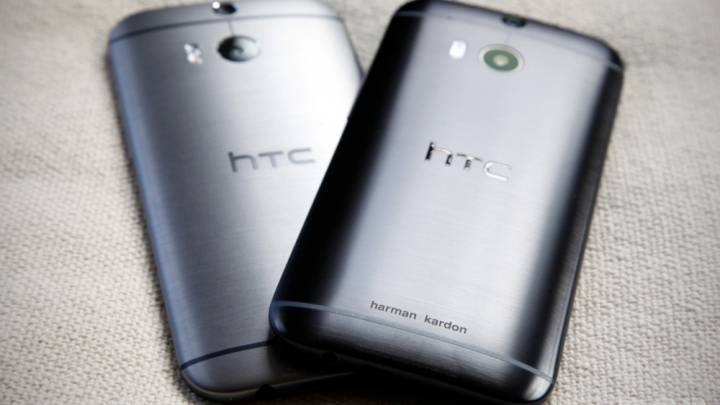 Is HTC following Samsung and getting into the gadget spam game? It certainly seems that way because the company is reportedly planning to release several variants of its HTC One (M8). Unnamed sources tell 9to5Google that HTC has two new variants of the One (M8) coming down the pipe in the near future known as the HTC One (M8) Plus and the HTC One (M8) Advance.

The Plus model sounds like the most interesting version because it will apparently be water-resistant just like the Sony Xperia Z2 and the Samsung Galaxy S5. Other specs for the device reportedly include a 13-megapixel camera with optical image stabilization, a 2K display that will have “the highest pixel count to date” of any smartphone, a Qualcomm Snapdragon 805 processor and 3GB of RAM. 9to5Google says that this device will likely be different from the HTC One (M8) Prime, which will have a larger display and will serve as HTC’s flagship phablet this year.

The HTC One (M8) Advance, meanwhile, will feature the same specs as the HTC One (M8) Plus but will instead have a plastic build and not a metal build and will be sold mostly in Asian markets.

Despite these new versions of the One (M8), it’s still a little too early to say for sure that HTC is adopting the same gadget spam model that Samsung has used with gleeful abandon… that said, if HTC releases a One (M8) La Fleur Edition, we’re going to call them out on it.

Tags: HTC HTC One M8 Plus