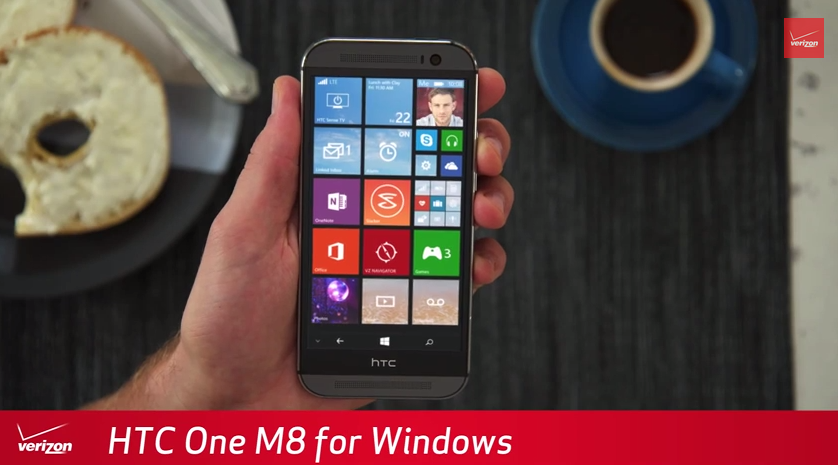 While HTC hasn’t officially announced anything yet at its press event, Verizon has apparently spilled the beans early and posted a video showing us the Windows Phone version of the HTC One (M8) in all its glory. While this hasn’t been a very exciting year for high-end Windows Phones so far, the Windows version of HTC’s hugely acclaimed flagship Android device figures to change that at least some.

FROM EARLIER: Leaked pic gives us a new look at the best-looking Windows Phone we’ve ever seen

As we expected, the HTC One (M8) for Windows basically looks exactly like the Android version except it obviously runs on a different platform and features the Windows logo at the bottom of its display instead of the regular Android back and home buttons. Even so, Windows Phone fans should be happy to see their favorite OS running on high-end hardware from HTC, as they haven’t really had a high-end flagship phone to celebrate since the Lumia 1020 and the Lumia 1520 were released last year.

Be sure to stay tuned because we’ll have a hands-on with the year’s best-looking Windows Phone coming up a little later after HTC makes its official announcement. We still don’t know at this time if the device will be available on all major U.S. wireless carriers or if it will just be an exclusive to Verizon.

HTC One M8 for Windows