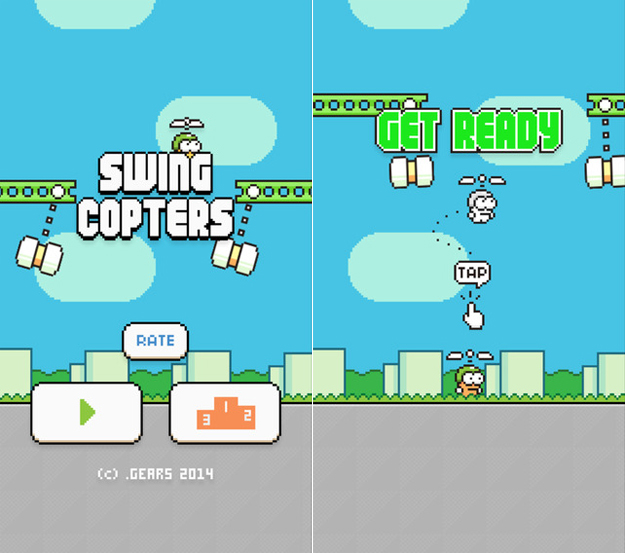 We’re sure you’ve heard by now… Flappy Bird has a sequel. Ugh. This time, developer Dong Nguyen is back with a new game called Swing Copters that isn’t shaping up to be quite the phenomenon Flappy Bird was, but it’s addictive and rage-inducing just like its predecessor. In fast, Swing Copters was so difficult to play when it launched recently that Nguyen has already issued an update to make it slightly less impossible.

The game, which involves avoiding swinging hammers and metal beams while controlling a small man with a propeller on his head as he ascends endlessly, is impossible to beat because it has no end. Those in search of a high score or just hoping to beat some friends should know, however, that there is some strategy involved that could help you get further than you ever imagined.

Re/code’s Eric Johnson spent some time with Dong Nguyen’s dastardly new mobile game and he came away with some great advice for people looking to improve their scores. His post is split into four main areas of strategy that certainly are better than just tapping away and hoping for the best.

If you’re interested in Johnson’s advice, click the link below in the source section. Our advice? Delete the game immediately.