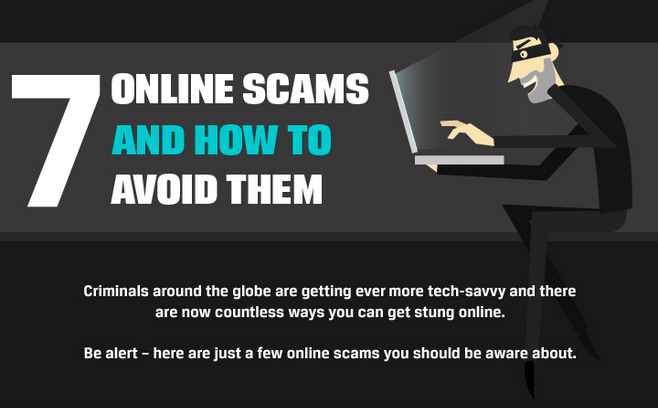 The Internet is great for a lot of things — research, entertainment, getting caught up on world news — but it can also be a dangerous minefield if you aren’t careful. Ever since the Internet became commonplace in society, scammers have found ways to take advantage of the unsuspecting masses.

On Thursday, WhoIsHostingThis? shared its latest infographic, highlighting seven of the most common online scams, as well as offering tips for how to avoid them.

DON’T MISS: $350 smart camera alerts you when someone carries a gun into your home

The first on the list is so common that it’s become a punchline — a Nigerian prince asking for a temporary loan. Despite the prevalence of these emails, scammers and spammers are still using them, which must mean someone is still falling “the oldest trick in the book,” at least every once in a while.

You might recognize a few of the others as well, but whether or not you’re aware of everything on this list, it’s never a bad idea to take a quick refresher course on the signs of a scam. Be smart, avoid anything that looks fishy and you’ll probably be fine.

Here are the seven most common scams you’ll see on the Internet: