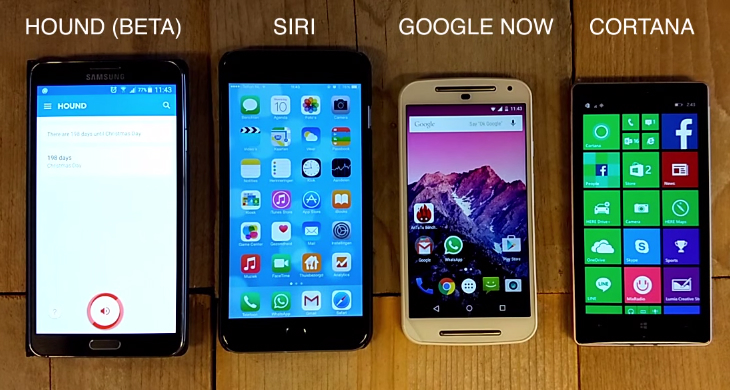 SoundHound’s Hound voice-enabled assistant has proven to be quite a resourceful tool, managing to beat the significantly more famous Google Now, Siri and Cortana in all sorts of comparisons. A new test recorded on video shows that the beta version of Hound is ready to wipe the floor with Google’s, Apple’s and Microsoft’s voice assistants even though it’s just in beta version.

Performed by Typhone.nl, the comparison test shows Hound responding to a variety of questions faster and more accurately than its more established competitors. In some cases, Google Now takes second place by being better than Siri and Cortana, but even it can’t match Hound’s capabilities.

The tester asked a bunch of questions meant not only to test how fast and how reliable the virtual assistant can answer, but also to see whether it can make connection between the user’s questions and almost mimic a simple conversation between humans. For example “How many days until Christmas?” could be the first question, “and what about Easter?” could be the followup question.

The best part about it is that the tester isn’t a native English speaker, meaning that all voice-based assistants should have equal troubles understanding his accent. Yet Hound is still clearly the better choice.

Check the full video test below, with a written version available at the source link.