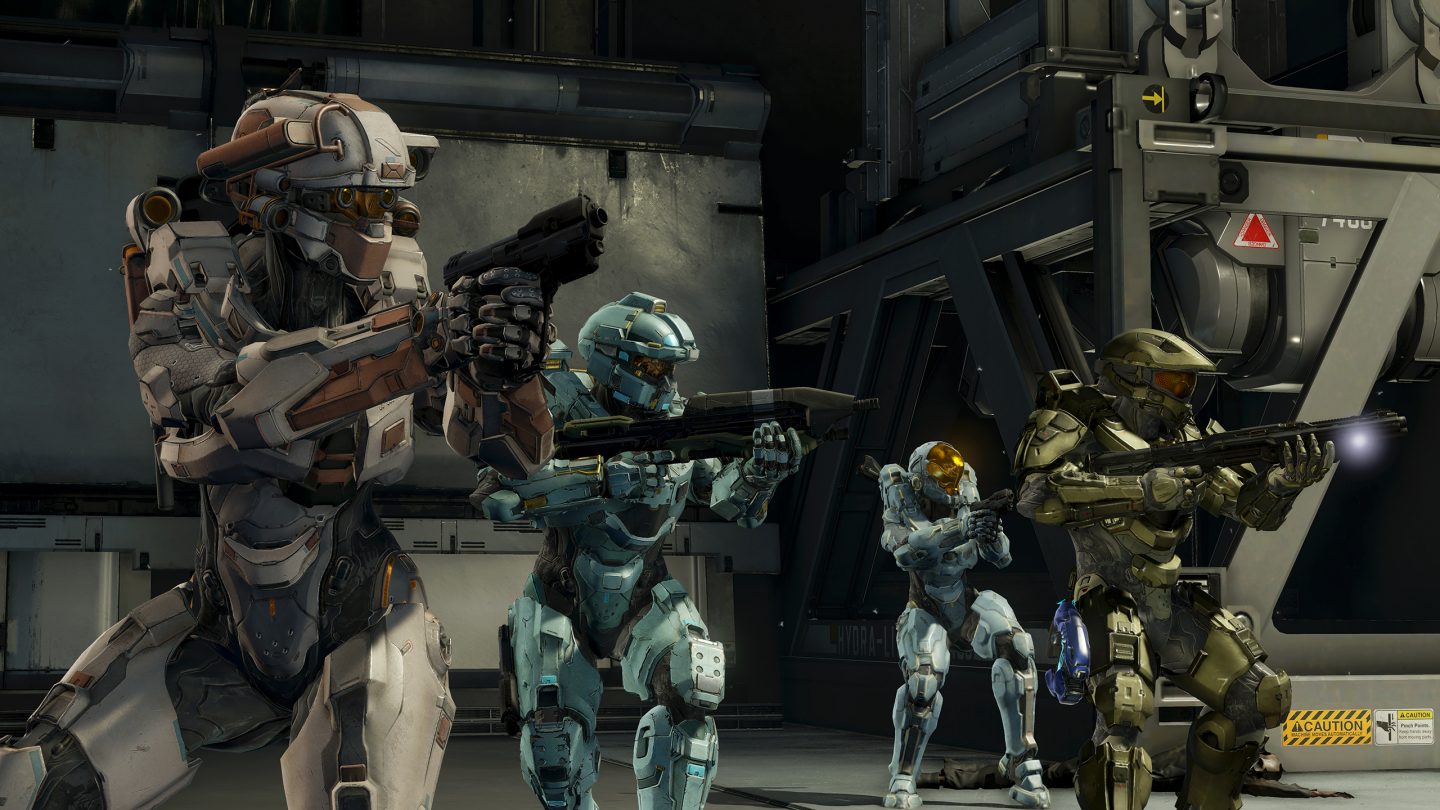 After spending two hours with the Halo 5: Guardians campaign, I have a pretty good grasp on how the series has improved and what could have been done better. This is not an attempt to extrapolate a review out of my exceptionally limited time with the game, just an observation of what’s working and what’s not.

The best thing about the Halo 5 campaign is its emphasis on teamwork.

Whether you’re playing offline with three AI companions or over the Internet with a group of close friends, you’re never alone throughout the campaign of Halo 5.

As I discussed in my full preview, this means that you’ll need to approach firefights slightly differently than you have in previous Halo games. By pressing up on the D-pad, you can choose an enemy target for your squad to focus fire on or select a location to send your squad in order to flank a group of enemies.

Master Chief and Agent Locke might be the primary protagonists, but they can’t win battles on their own. You’ll need your teammates to help you up when you take too much damage, and subsequently, you can’t rush off into the middle of a battle, guns blazing, or you’ll risk everyone dying on their way to revive you.

Just as important as the alteration to our collective play style is the fresh dynamic between the characters themselves. Halo and games of its ilk often have to resort to cutscenes away from the action or conversations over some sort of communication device while the hero powers his way through the forces of evil.

In Halo 5, your companions are standing right beside you. It doesn’t sound like much on paper, but in practice, it makes the world feel more alive than it ever has before.

Check back later this week for more Halo 5 coverage, including exclusive videos from the Arena multiplayer mode.