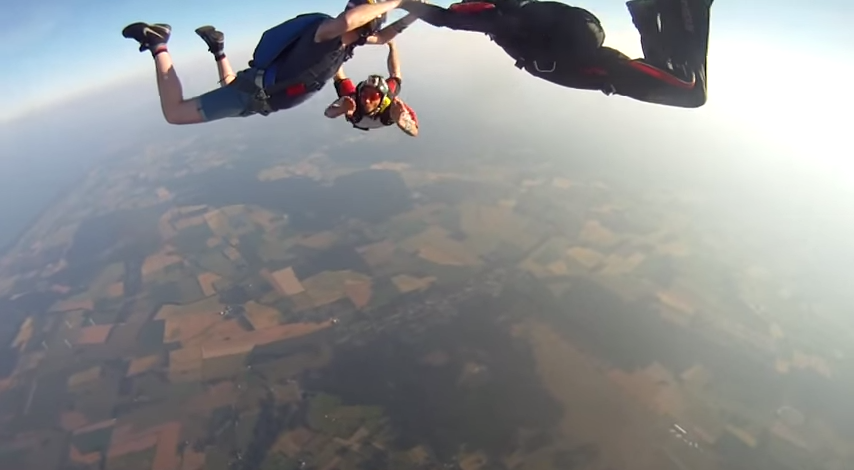 Skydiving is a great example of an ideal use for GoPro’s action cameras; for people who don’t care to jump out of a perfectly functional airplane themselves, GoPro footage gives them a fantastic view of what skydiving looks like from the perspective of a diver.

But as it turns out, there’s another way skydivers can capture video from 10,000 feet up that’s even more heart-pounding for viewers.

A group of skydivers in Sweden were working on a formation when one of their head-mounted GoPro cameras was knocked off of its perch. It proceeded to free-fall for about 10,000 feet, spinning wildly the entire way. It was also filming the entire ride, and it survived the impact so it lived to tell the tale.

The result is an insanely trippy video that you probably shouldn’t watch if you have a weak stomach.

As Engadget noted, a resident of the town below found the camera sitting in a field, so he uploaded the video to YouTube in an effort to find the skydiver who lost it. And for those wondering, it worked and the camera was eventually returned to its rightful owner.