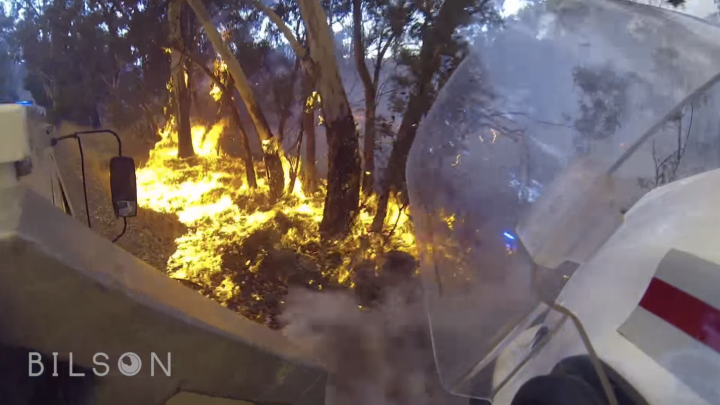 The best thing about the GoPro camera is that it lets us explore scenarios we’d never have the opportunity to explore in real life. Either that, or we’d be far too frightened to put ourselves in those situations in the first place.

In this video from YouTube user Ben Wilson, entitled “Inside the Inferno,” you see a terrifying forest fire from the perspective of a firefighter as he and his squad attempt to extinguish it.

Unless you live in an area where trees catching fire is a common occurrence, there’s probably a decent chance that you’ve never seen a forest fire anywhere other than national news. This is your chance to see not only how the fires affect the areas they reach, but also how emergency response teams put themselves in harm’s way to suppress the flames.

As scary as the thought of being caught in a forest fire might be, it’s encouraging to see how swift and effective the firefighters can be. They’re even thoughtful enough to provide a complementary gutter cleaning at around 2:00 into the video.