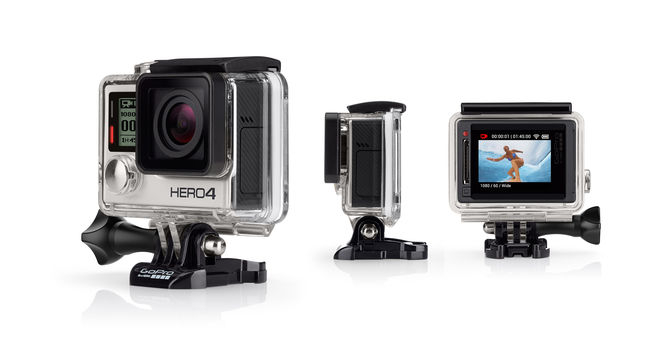 GoPro a few months ago unveiled a new line of powerful cameras, deciding to announce the new products well ahead of CES 2015. But as Engadget points out, the company does have a small announcement related to its brand new Hero4 cameras set for this particular tech event.

FROM EARLIER: GoPro just released a bunch of hot new cameras – here’s what you need to know

The company has revealed that the Hero4 models including the Silver and Black editions will soon receive a firmware update that will bring users some welcome new camera capabilities.

Specifically, both cameras are supposed to get a mode that auto-converts time lapses into videos, and a burst-mode that’ll help users take 30 pictures over six seconds. Additionally, both cameras will get an auto-rotate feature, something users will certainly appreciate, as they won’t have to worry anymore about how they wear the camera while recording video.

The Black edition will also get other features on top of those, including new shooting modes such as 720p at 240fps and 2.7K at 60fps. Moreover, users will be able to add “highlight” tags during playback.

The software update should be released at some point in the following months, though GoPro has not specified an actual rollout date for it.