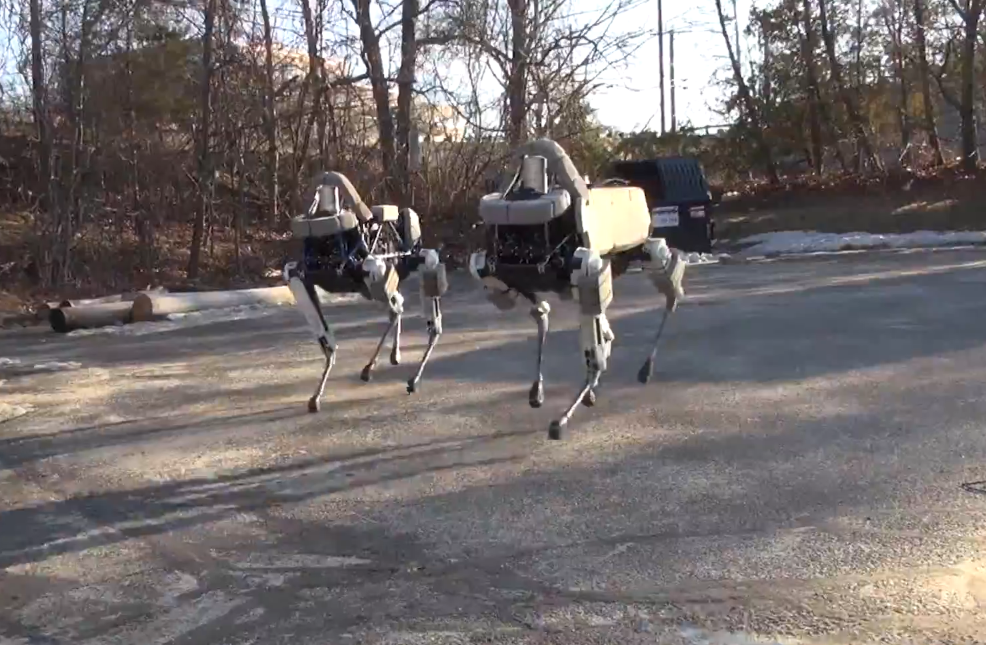 In late 2013, Google acquired Boston Dynamics, an engineering company focused on pushing the envelope when it comes to advanced robotics. With each passing year, the sophistication of Boston Dynamics’ robots keeps reaching new, and at times, terrifying heights. After all, what other word is there to describe a robotic cheetah capable of running 28.3 miles per hour?

What’s great about the Boston Dynamics team (now Google employees) is that they love showing off their latest creations and the most recent advancements they’ve cooked up in their high-tech labs. Just about a week ago, they released a new video, appropriately set to Paul Engermann’s “Push It To The Lmit”, which depicts robots doing pushups, walking with an eerily human-like gait, and even demonstrating enough balance as to withstand the force of a 20 pound ball while standing on one leg.

But enough talk, the video here speaks for itself.

And for good measure, below are two more videos from Boston Dynamics that you might have not yet seen. Suffice it to say, the future is looking as scary as it is cool.

The video below features a four-legged robot named Spot. Weighing in at 160 pounds, it was designed to smoothly navigate rough terrain.