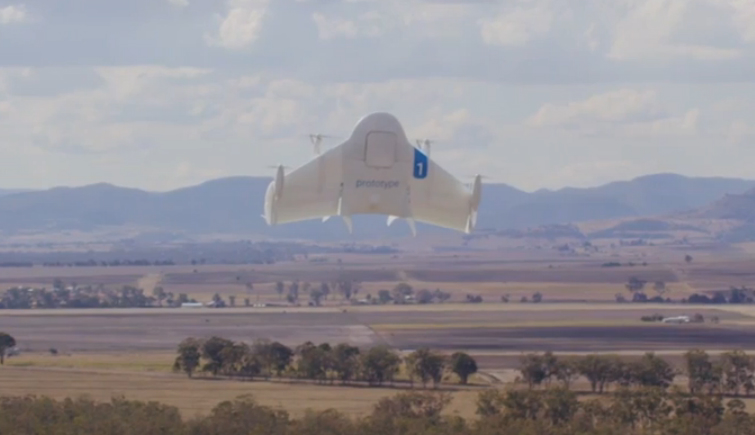 Search, mail, maps, Android, glasses, Internet balloons, self-driving cars, robots, satellites and drones are just a few of the many products Google has to offer, or has started working on, with the latter being the company’s latest revelation. According to The Atlantic, Google is very interested in same-day delivery options, and already has a two-year old drone product – now not a secret anymore – to tackle this particular desire from users.

Google is not the only company looking to offer same-day deliveries – the company is already offering such services in certain markets albeit not via air – as Amazon has unveiled its drone program a few months ago.

Google’s drone project is called Project Wing, and relies on a fleet of “flying robots” to deliver goods to a buyer “across a city in a minute or two,” as the publication puts it. Obviously, Project Wing is a Google X endeavor, the company’s division responsible for all the wild creations that are yet to be turned in commercial products.

“During this initial phase of development, Google landed on an unusual design called a tail sitter, a hybrid of a plane and a helicopter that takes off vertically, then rotates to a horizontal position for flying around,” The Atlantic writes. “For delivery, it hovers and winches packages down to the ground. At the end of the tether, there’s a little bundle of electronics they call the ‘egg,’ which detects that the package has hit the ground, detaches from the delivery, and is pulled back up into the body of the vehicle.”

The company has already conducted more than 30 test flights in Australia in mid-August, but it’s not clear when Project Wing deliveries will be available to the masses, and what markets they’ll serve first. Just like Amazon’s Prime Air drones, Google’s flying robots will have to be approved by the FAA before they can fly over your skies.

A video showing a Project Wing drone in action follows below, with the full and extremely detailed story from The Atlantic available at the source link.