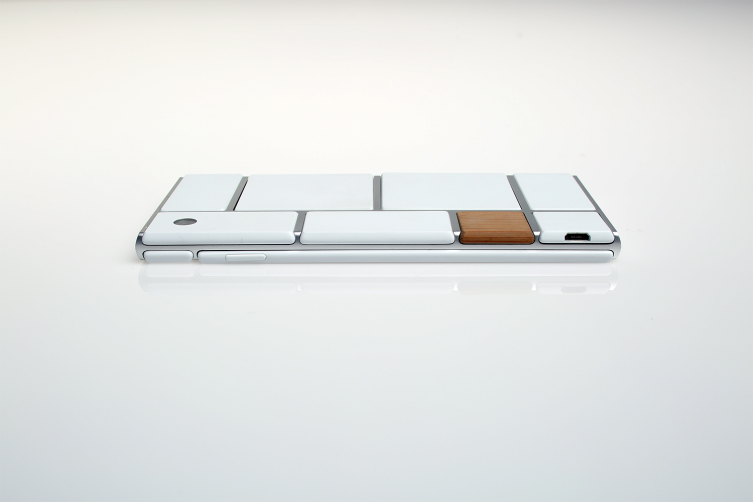 Google isn’t afraid to try things that are absolutely crazy and one of its wildest projects we’ve seen this year is Project Ara, an experimental modular smartphone that lets you switch key components in and out of the device like Legos. A new video has popped up on YouTube of Project Ara chief Paul Eremenko at Google I/O this week showing off the device being put together and turned on in public for the first time, although he cautions at the start of the video that the device is still in its very early stages and nowhere near ready for public release.

Eremenko said that the purpose behind Ara is to transform smartphones into “a means of choosing” where instead of buying a smartphone just for its particular camera, you can buy a camera for a particular smartphone and install it onto your device. There’s obviously still a long way to go, however, because Google’s attempts to boot up the phone weren’t all that successful — we only get to see the Android logo pop up on the device and Google couldn’t get either the lock screen or the home screen to show up during the demonstration.

Even so, this is a very cool idea and we can’t wait to see it once Google develops it further. The full video can be found below.