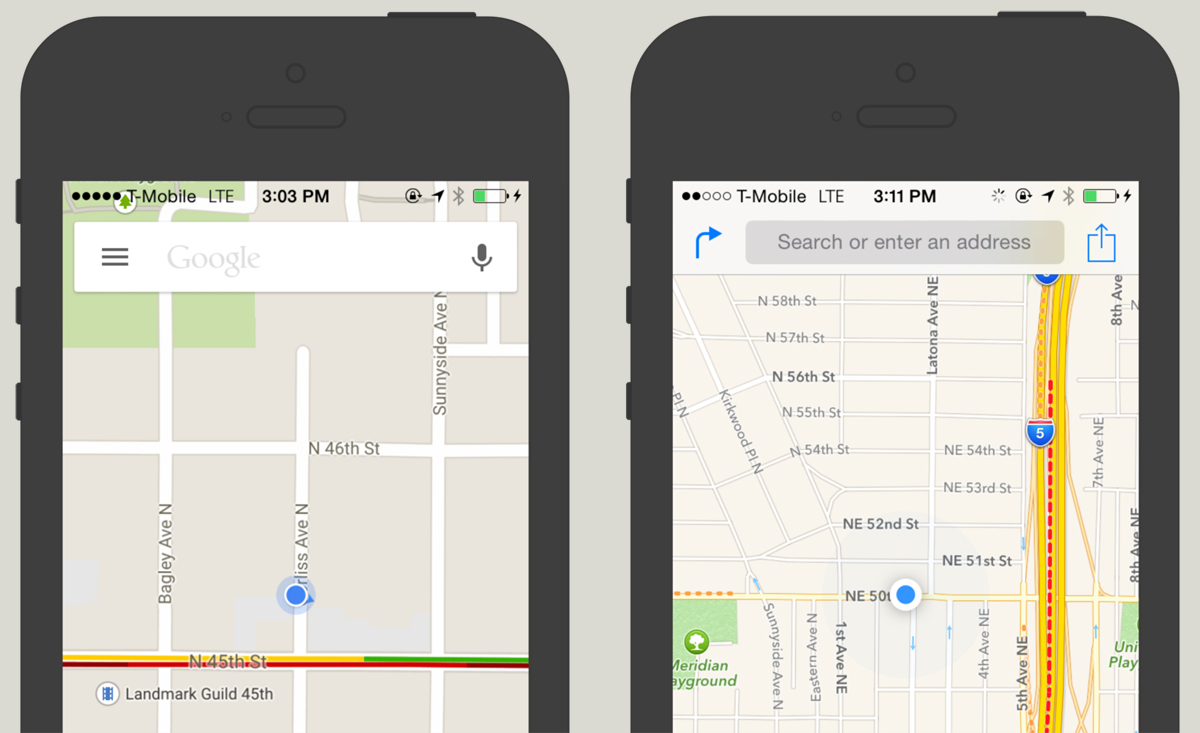 When Apple ousted Google Maps from iOS back in 2012, it wouldn’t have been such a big deal… but Apple’s own mapping solution that replaced it was an absolute disaster. The countless glitches and bugs were intolerable — though they did make some nice art — and Apple’s Maps app was so bad that police had to warn users that it might kill them.

Of course, Apple’s iOS Maps app has improved dramatically since the early days. While some users still avoid it because of the bad taste left in their mouths, it is now considered by many people to be a solid option to replace Google Maps on the iPhone and other iOS devices.

There are plenty of articles that compare the features of these two leading iOS mapping apps, but a new analysis published recently provides an astonishingly in-depth design comparison that you really need to check out.

DON’T MISS: These jaw-dropping images were captured by a pro photographer using only an iPhone

Seattle, Washington-based design school UX Launchpad has a Medium blog called “Design Explosions,” and it recently posted a comprehensive comparison of Google Maps and Apple Maps from a design perspective.

The authors make clear that this is not a feature comparison, but rather an analysis of the user interfaces and user experiences used by Google and Apple in these iOS apps.

The article covers every conceivable aspect of the designs used in these two wildly popular apps, and it makes for a fascinating read. You’ll begin to see things from a new perspective and you’ll be shocked at how seemingly insignificant details can have a huge impact on the user experiences provided by mobile apps.

Be warned, however, that this is not a quick read. In fact, it’s more than 10,000 words. If you’re interested in design and how it affects the user experience, however, UX Launchpad’s analysis is truly fascinating.

The full comparison is linked below in our source section.