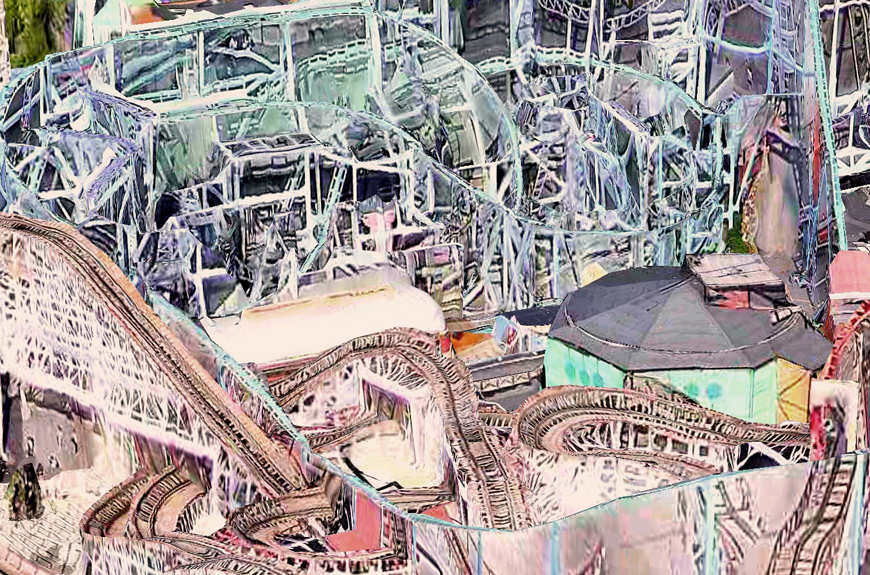 Apple hates Google. While there have been some huge advancements spawned from that hatred — fierce competition between the two companies spurs innovation — there have also been some monumental disasters. Case in point: Apple Maps. Apple was in such a rush to get Google Maps off of its iOS devices that it launched an awful half-baked mapping solution of its own long before the product was ready for primetime. Apple’s Maps app was so bad that CEO Tim Cook actually had to issue a public apology, but some beauty has finally emerged from this unsightly blemish on iOS. Behold, “mapglitch.”

Peder Norrby is a computer engineer, a photographer and founder of graphic design company Trapcode, and he also apparently dabbles in existentialism. Norrby posted a series titled “mapglitch” to his Flickr account, and the distorted images pulled from Apple’s Maps software come together to create and unique experience characterized by chaos.

“I’m not trying to ridicule Apple Maps. I’m doing this because I like the images,” Norrby told Co.Design. Whatever the reason, the designer has created a fantastic series that bends reality, literally, to capture the viewer’s attention.

“The glitches are essentially the computer misunderstanding the underlying geometry,” Norrby said. “It tries its best and sometimes it leads to comical, interesting, and lovely images.”

A few more images from Norrby’s collection, which Co.Design refers to as “portraits of failure,” follow below. The rest can be seen on his Flickr page.