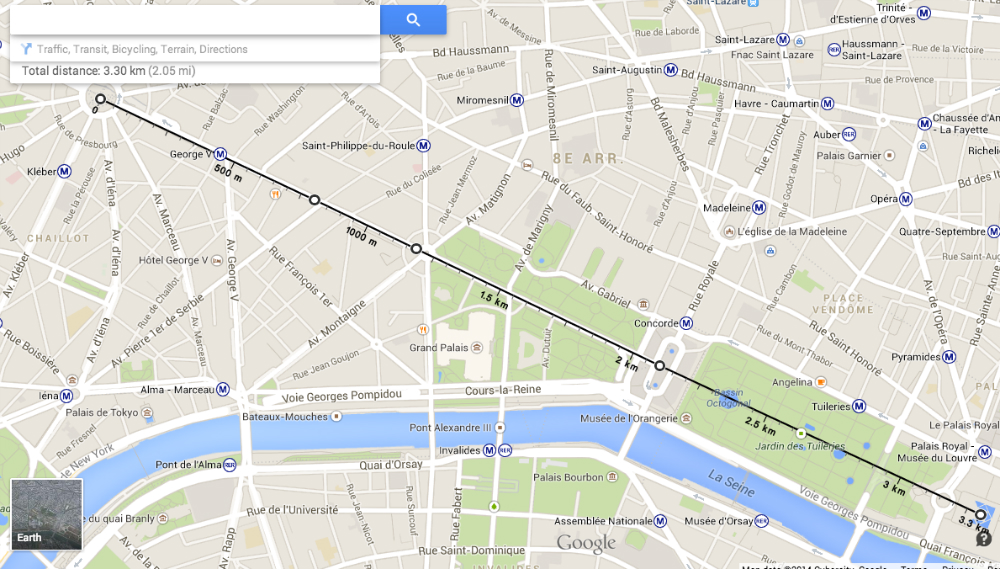 In order to activate the feature, users simply have to load the new Google Maps desktop version and right-click on the map of their choosing, preferably on the starting point of their trip, bike run, run, or anything else, and then click “measure distance.” Then, they simply have to click anywhere on the map to create a path, with Google Maps letting them add as many points as they want along the way.

Once placed on the map, the points can be moved around and Google will automatically calculate the various distances between spots. To remove any points, simply click on them, while a right-click will let you cancel the entire measurement.

For example, planning a trip from the Arc de Triomphe in Paris to the Louvre (image above) with multiple stops at various objectives along Champs Elysees is a simple task for Google Maps, which will show you exactly how long you will have to walk between the various stops.