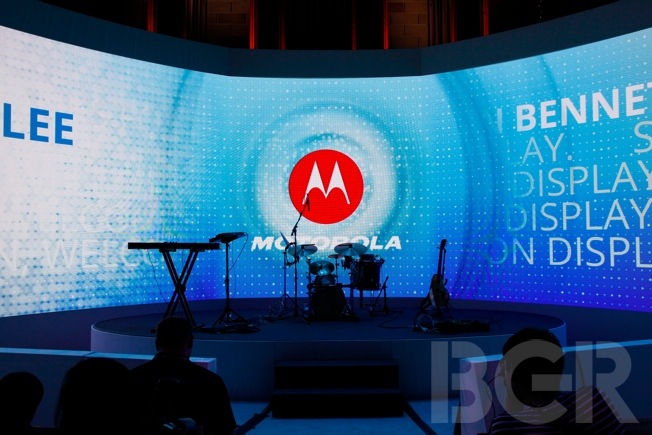 It is hard not to admire Sanjay Jha’s cool genius in handling Motorola’s sale to Google. He leveraged Motorola’s old sales contacts in Asia and Latin America to push nondescript models into sales channel, creating an illusion of international traction during 2010 and early 2011. He created a shadow play of a healthy AT&T relationship, feeding expectations of substantial sales growth for Motorola’s business in the United States. For a brief time, Motorola seemed like a company in healthy shape.

Then Google announced its intent to buy Motorola in the summer of 2011 and the glamor flaked off like glitter lipstick from a Chicago prostitute in dawn’s cold light. AT&T, T-Mobile and Sprint have turned ice cold towards Motorola following a string of product launch disasters, most notably the Atrix fiasco. Once-promising momentum in the Brazilian market evaporated, snuffed out by fierce low-end competition from Asian rivals. China and India are gone, captured by the wave of Asian low-end vendors that are now starting to capture massive economies of scale. Only the Verizon relationship is intact.

Google has been forcing Motorola into a crash diet, trying to keep losses in check by creating a lean, miniature vendor. The problem here is that there are no small and successful phone vendors. This is a scale business. In its Q1 2013 earnings report Google cites Motorola Mobility’s head count now shrinking to below 10,000 as Motorola’s revenue dived by more than 30% from the Christmas quarter. The GAAP operating loss for Motorola was $271 million, or 27% of the revenues. This is an eye-poppingly unprofitable business by any standards. A year ago, Motorola posted a GAAP loss that was 18% of the revenues.

It is hard to see what the end game here is. Of course, Google bought Motorola mostly if not entirely for its patent portfolio. But what are they going to do with the hardware business that seems now entirely at sea? The rumored new high-end model that is supposed to challenge Samsung and Apple may be the last hope for the mobile handset industry’s grandfather.