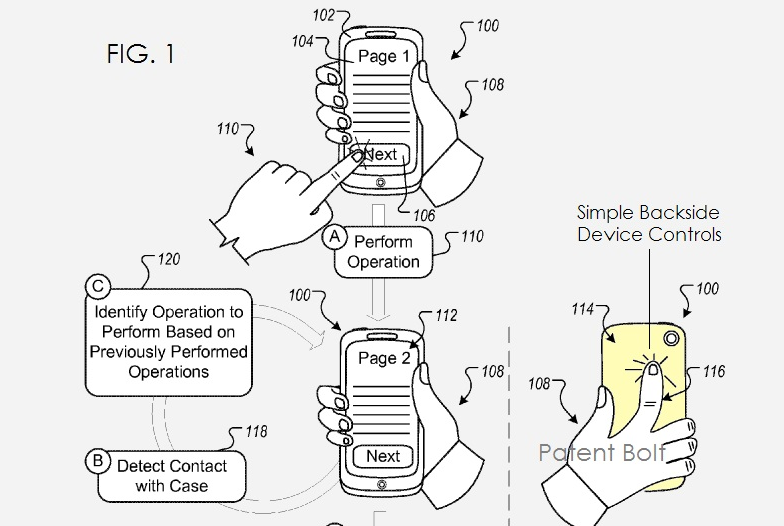 Touch displays are obviously terrific, but there are times when it would be great to have an alternative way to navigate on our smartphones, especially if we don’t want to muck up our screens with greasy fingerprints. Patent Bolt has found that Google (GOOG) is apparently following Apple’s (AAPL) lead by working on a technology that provides smartphone touch controls on the back panel of the device instead of on the front display. Patent Bolt notes that the back-panel controls would obviously perform simple tasks since it would be difficult to type words if you can see a keypad. However, Patent Bolt says that the controls could allow you to “turn a page of an ebook, article on the web or flip to ‘next’ or ‘previous’ views of photos,” among other things. The technology outlined in Google’s patent is similar to technology outlined in a patent filed by Apple in 2006, although so far Apple hasn’t developed any sort of back-panel controls for either the iPhone or the iPad.