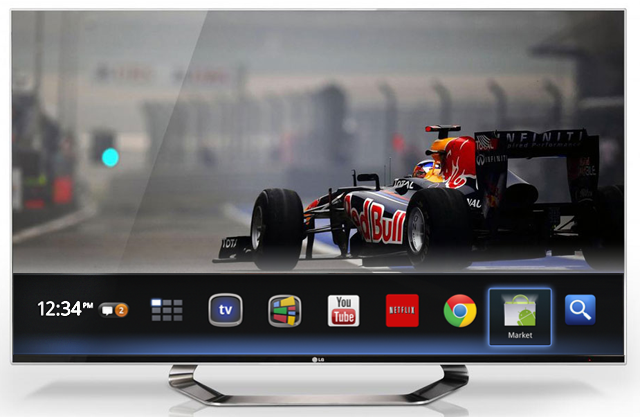 Google appears ready to fix its Google TV problem, its Android-based TV platform that failed to reshape the TV business despite the promises and hype, with a new report revealing that a rebranded Android TV set-top box-like platform is in the works. The Verge has obtained some internal Google documents that not only show images of the Android TV user interface, but also present details of the new content delivery system.

While it’s not clear when the first Android TVs will launch – or how they’ll look like – the documents say the device will have a simple remote control that will allow users to move back and forth through menus. Previous reports have also suggested that Google TV will be replaced by Android TV, without revealing when the switch will be made.

“Android TV is an entertainment interface, not a computing platform,” Google wrote. “It’s all about finding and enjoying content with the least amount of friction.” It will be “cinematic, fun, fluid, and fast.”

The menu will have an appearance similar to what other set-top boxes have to offer and be based on Android, with Search also having a central placement. Voice controls and notifications support will also be included in Android TV apps.

Google plans to make access to content “simple and magical,” allowing users to get to a new piece of content from the homescreen in no more than three clicks or gestures. Interestingly, Google aims to predict what users will want to watch, and let them resume viewing a show right on TV after starting it on a smaller device.

In addition to various apps from third-party developers, which are reportedly courted to create apps for Android TV, Google will also include its own apps like Play Movies, YouTube and hangouts. Vevo, Netflix, Hulu and Pandora apps are also expected to be available, as well as games. However, the remote will apparently lack game controls, with game controllers described as “optional.” A recent report revealed that Google’s upcoming TV project will also offer gaming support.

Images showing the interface of Android TV follows below.