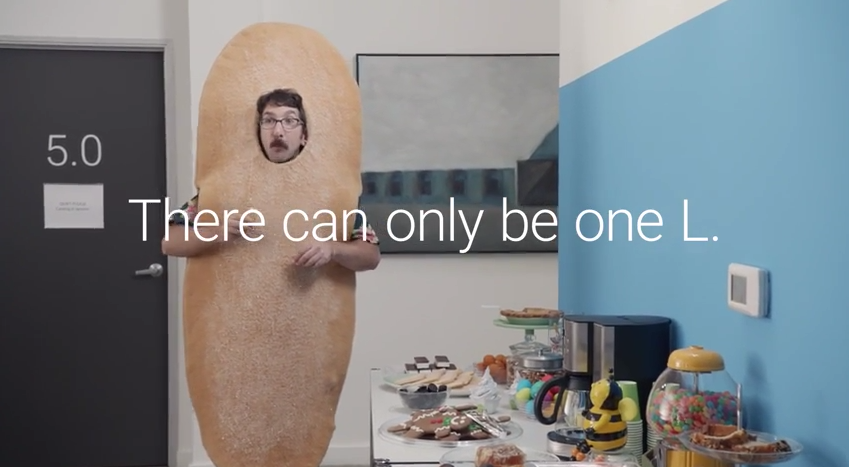 In celebration of National Dessert Day, Google has decided to poke fun at the unending search for the truth behind Android L. What does the L really stand for? Lemon Merengue Pie? Licorice? Lollipop? In a casting video posted on the official Android YouTube account, Google suggests a few more names, including Lava Cake, Lemon Drop and Lady Finger.

DON’T MISS: This could be our first look at the Nexus 6 running Android L

Google Senior VP Sundar Pichai linked to the video on Tuesday afternoon, noting that he “met some sweet new friends.” We’re still not sure how they hit it off, but as the video proclaims: “There can only be one L.”

Android L, also known as Android 5.0, is expected to make its official debut on Wednesday alongside the brand new Nexus 9 tablet. It’s still unclear when Android L will be available on modern flagship devices, but hopefully Google will be able to outline the rollout of the update once it has been officially released to the public. Until then, we’ll continue to speculate about its name.