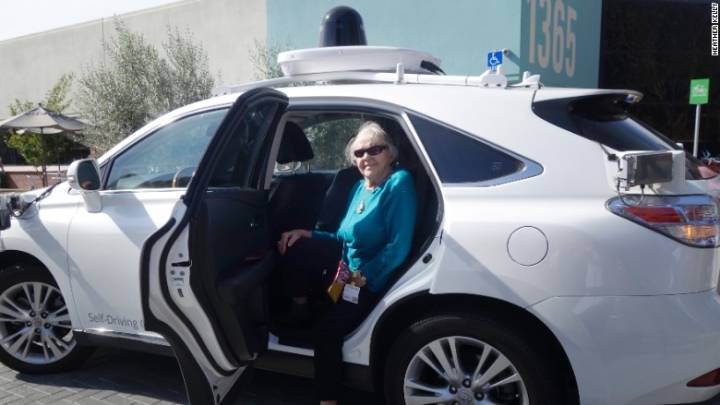 It’s hard enough to get a job at Google when you’re fresh out of college and desperate for work, but 97-year-old Olive Horrell managed to land an engineering position at the ubiquitous tech company earlier this month (even if it was only for a day).

DON’T MISS: How pundits manipulate statistics to paint Apple in a negative light

CNNMoney reports that Olive, a member of the Brookdale Senior Living community, had always dreamed of being an engineer like her father, but he convinced her not to pursue a career in the field because he was worried no one would hire her.

Nearly a century later, she’s finally had a chance to experience the life she missed thanks to Brookdale and the Wish of a Lifetime organization. After three years of deliberation, she finally settled on visiting Google as her wish to be granted, so for an entire day, she was a VIP guest around Google’s Mountain View campus.

She rode in a driverless car, donned Google’s Cardboard VR headset, learned about the cloud and colored in her own custom Google Doodle to commemorate the trip. She even had a chance to thank Wish of a Lifetime founder Jeremy Bloom, who decided to drop in on Olive and see how she was enjoying her trip.

“You’re such a gentle soul, it’s just been lovely to meet you,” Olive told Bloom. “Most of the time we aren’t seen, as you know. […] Certainly in my wildest dreams, I couldn’t conceive of what I saw today.”

You can see some of the highlights from Olive’s visit in the video from CNET below: