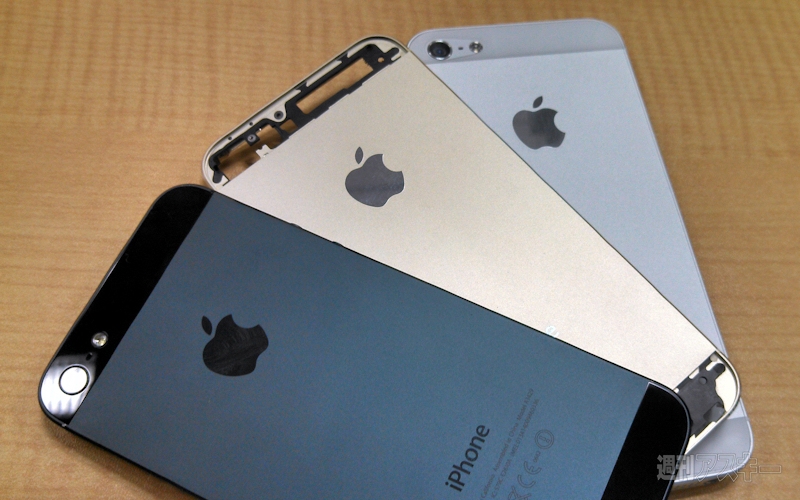 The gold version of Apple’s upcoming iPhone 5S has seemingly leaked again and this time it’s being shown off alongside the classic black and white iPhone models. Japanese website ASCII.jp has posted several pictures purportedly showing the outer shell of the gold iPhone 5S next to what look like older iPhone 5 models. The shell shown in the pictures is painted a light champagne color, which seems to confirm rumors we’ve heard about the gold iPhone 5S having a much less gaudy shade of gold than many people had expected.

Releasing a gold iPhone model is a departure from Apple’s tradition of only releasing iPhones in black or white. Some observers have speculated that Apple has added gold to its iPhone color portfolio to make the device more attractive in China and India, where gold phones are popular items. Apple is also trying to broaden its appeal in emerging markets by releasing the lower-cost iPhone 5C that will have similar specs to the iPhone 5S but will be made with a cheaper plastic casing and not the standard aluminum that Apple uses on its high-end devices.

Apple is expected to officially launch its next generation of iPhone models at a September 10th press event where it will show off both the iPhone 5S and the 5C. The iPhone 5S is expected to have a faster processor, an upgraded camera with a dual-LED flash and an embedded fingerprint scanner that will be used to identify and authenticate users.

More pictures of the gold iPhone 5S follow below.