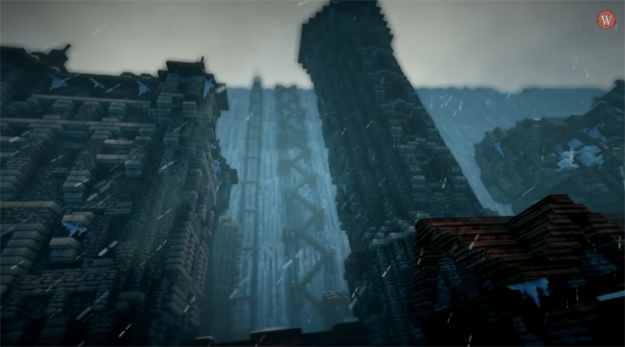 What do you get when you cross the fantasy world from HBO’s hit series Game of Thrones with the blocky digital phenomenon that is Mincraft? You get WesterosCraft, which, as you might have guessed, is Westeros recreated in Minecraft. The incredible project will attempt to recreate the entire world of Westeros inside the popular game Minecraft, and the team behind this huge undertaking is already well on its way.

As you can see in the images above and the video below, there has already been significant progress made in WesterosCraft’s effort to rebuild Westeros in Minecraft. As CNET notes, several regions including King’s Landing and The Wall have already been built.

If you want to support the project, WesterosCraft is accepting donations on its website by selling T-shirts. And if you just want to sit back in awe and see how insanely impressive this project is so far, check out the video below. If nothing else, it’ll tide you over until Minecraft’s hotly anticipated sequel is finally released.