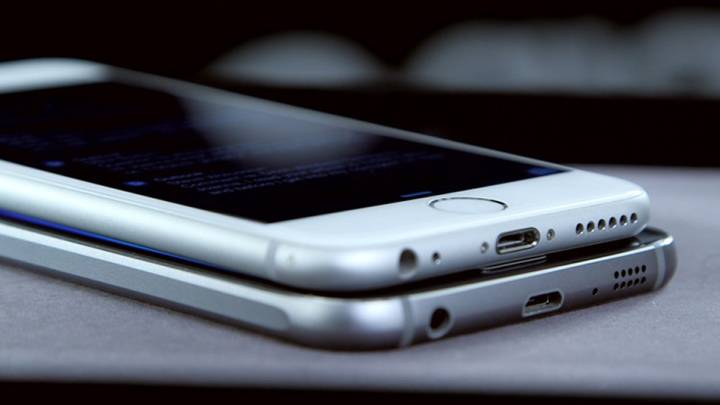 Pitting a brand new octa-core monster of a flagship Android phone with 3GB of RAM against a dual-core iPhone with 1GB of RAM doesn’t seem like it should be a fair fight. As we saw in a number of performance tests ahead of the Galaxy S6’s debut and following its launch, Samsung’s new flagship smartphone crushes every other phone on the planet in a number of key areas.

When it comes to gaming, however, performance tests paint an entirely different picture that might really surprise you.

DON’T MISS: How does Samsung let things like this happen?

Apple’s iPhone 6 is surprisingly scrappy, as we saw when the phone first launched. Despite only having a dual-core CPU and just 1GB of RAM, the iPhone outperformed every single widely available Android smartphone across the board.

But what about performance tests that focus on gaming?

GameBench on Wednesday published the results of an in-depth series of tests that compared gaming performance among four top smartphones: the iPhone 6, the Galaxy S6, HTC’s One M9 and Google’s Nexus 6. Logic might dictate that quad- and octa-core smartphones with faster clock speeds and more RAM would crush the lowly dual-core iPhone 6, but that simply isn’t the case.

Here are the results of a few tests performed with popular games:

As you can see, the iPhone 6 doesn’t just keep pace with its Android rivals, it outperforms them by a huge margin in some cases.

The results may seem surprising, but they’re actually not as shocking as you might think.

Efficiency is the name of the game for Apple, and this holds especially true in the case of the iPhone 6. While the phone’s display looks just as impressive as any other smartphone screen on the market, its resolution is only about 720p. Meanwhile, the Galaxy S6 packs a quad HD display.

Samsung’s new smartphone screen is perhaps the most stunning panel ever seen on a phone, but packing 2K resolution into a 5.1-inch display is overkill and it comes at a cost.

The full analysis and more test results are available via the source link below.